Marvel at the Loire Valley's Stunning Vineyards and Incomparable Châteaux

The stunning Loire Valley doesn't disappoint. Visit the incomparable Château d'Amboise, Château de Chenonceau, and Château de Chambord. After touring the former homes of royalty, you'll feel like royalty yourself when settling in at night in a 4-star château-hôtel in charming Amboise. Sample the fine wines of the Loire, the largest and most-diverse of France's wine-producing regions. You'll have the opportunity to visit a Vouvray A.O.C. vineyard and a 16th-century troglodyte wine cellar.

Train in 1st Class from Paris to Tours

Explore the royal residence, chapel, gardens, and Leonardo da Vinci’s tomb at your own pace.

This palace was a residence for French Kings from the 15th until the 19th century. As impressive as it is today, the château was once even bigger; many of its interior buildings were demolished in the 16th century. As you wander through its halls, you’ll travel chronologically through rooms decorated in medieval, early-Renaissance, and through to 19th-century styles. The 130-foot (40-meter) Minimes Tower offers impressive panoramas. 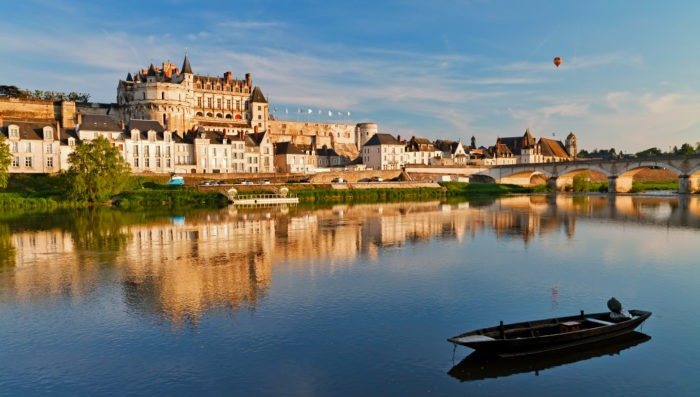 Private Tour of a Troglodyte Cellar with Wine and Cheese Tasting

The Loire Valley is the largest wine region in France. With its diversity of climates and soils, it produces a wide variety of renowned wines.

Daniel, a local guide passionate about wine, offers you a tour of a 16th-century troglodyte cellar. Subterranean galleries like these are ideal places for storing and tasting wine! Formerly tufa stone quarries, they were dug to supply stone for the construction of the Loire châteaux.

Daniel introduces you to the philosophy of wine, shares the history of the Loire Valley grapes and soils, and shows you how the local wines are made and stored. The visit concludes with a tasting of three Loire wines, each paired with a different local cheese. 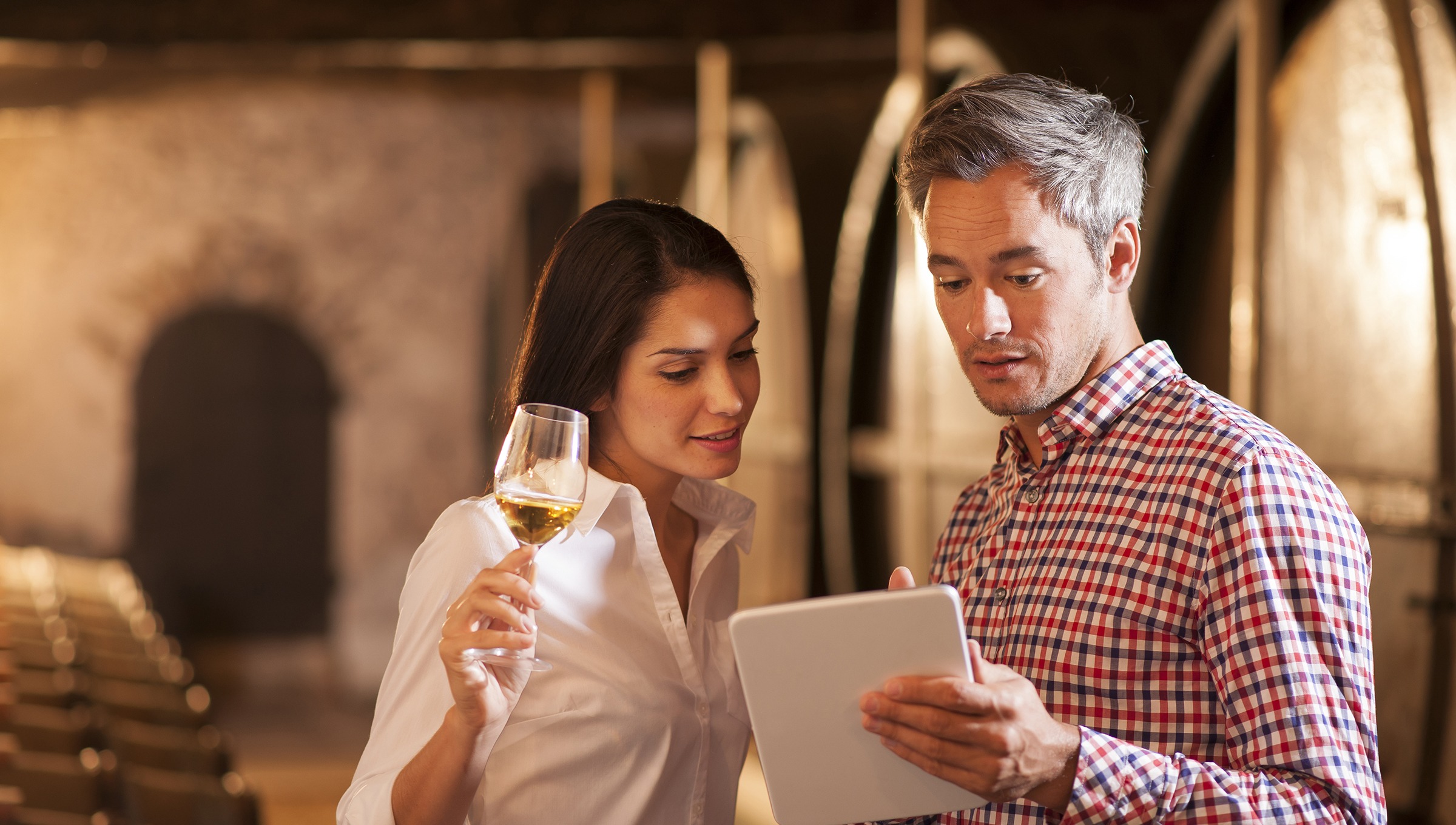 A chauffeur will meet you for a private transfer between your lodging and the day’s tour stops.

Enjoy a self-guided tour of this magnificent castle spanning the Cher River. It earned its nickname, the Château des Dame, thanks to the numerous noblewomen who left their mark on its history. It was originally built by Kathrine Briçonnet in 1513. Later Catherine de’ Medici and her rival Diane de Poitiers expanded it.

The visit gives an opportunity to experience the Renaissance through to the 17th Century on a walk. Tour the royal grounds, ancient keep, medieval fortified mill, and Diane de Poitiers’ gardens.

Follow the steps of the great French philosophers and poets Voltaire, Marivaux, Montesquieu, Buffon, and Rousseau who were once esteemed guests at the castle. 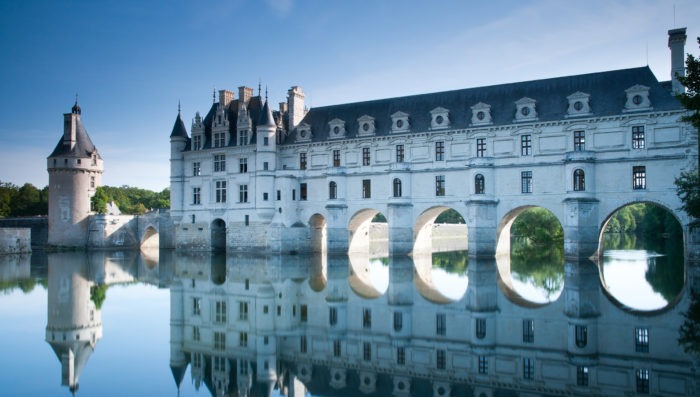 Myriam is your guide on a tour of Loire Valley vineyards in the heart of Touraine. She’s a local who is passionate about teaching enology, and she’s worked in a number of vineyards. Learn about Vouvray’s unique terroir and the traditional winemaking process from start to finish. After a guided walk, you’ll visit a wine cellar. The tour concludes with the tasting of six local wines matched with food. 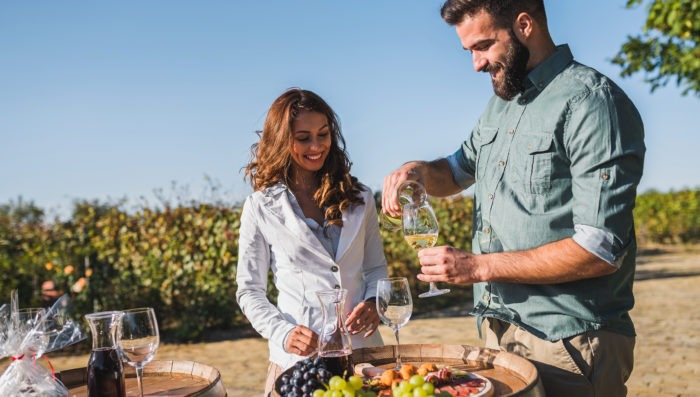 Visit the privately-owned Château de Beauregard and its 173-acre (70-hectare) estate. It is located between Blois and Chambord and was built at the end of the 15th century. Today the Renaissance estate houses an exceptional portrait gallery depicting 327 European monarchs, ministers, clergymen, diplomats, and other notable people. Enjoy a traditional French breakfast at the château, followed by a guided tour of this unique collection. 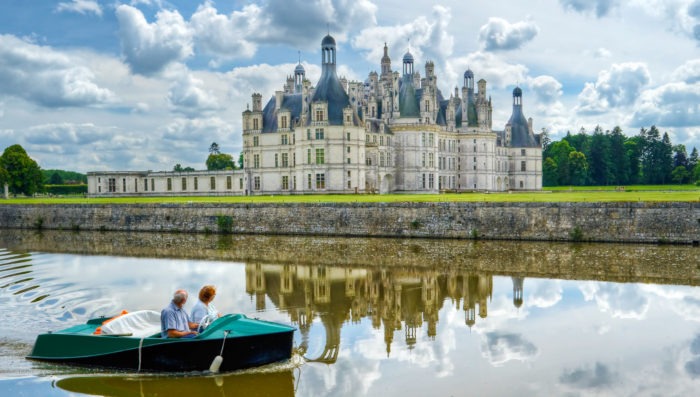 Your next stop is the Château de Chambord, a true Renaissance masterpiece. It is the biggest and most majestic of the Loire palaces. Created as a hunting lodge for King François I, it is monumental work of 440 rooms. It sits on a 21-square mile property, equivalent in size to the entire city of Paris. The property features extensive royal gardens and unspoiled woods enclosed by a 19-mile (31-kilometer) wall. Elements seem to be inspired by Leonardo da Vinci’s work. The view from the top offers a gorgeous panorama of the roofs, towers, chimneys, and the surrounding estate.

This extraordinary day ends with a visit to the nearby Château de Villesavin. It was built as a private residence for Jean Le Breton, the secretary of King Francois I who supervised the construction of the Château de Chambord. As he used the same architects and crew on both projects, this mansion is nicknamed “La Cabane de chantier de Chambord” (the Chambord construction hut).

Train in 1st Class from Tours to Paris 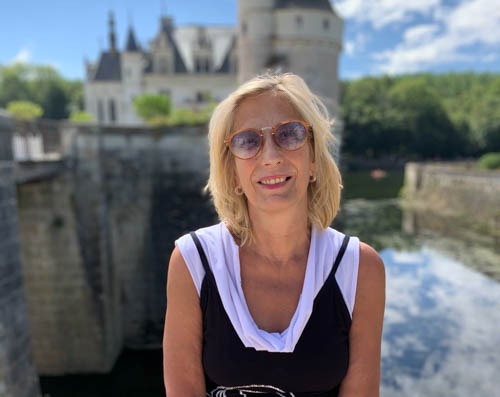 Our Favorite Hotels in the Loire Valley

Skiing from a Historic Hotel in Mont Blanc’s Shadow

Our Classic Tour of the City of Light

A Luxury Escape to Bordeaux

The Best of Paris in a Week

5-Star Ski Vacation to Chamonix and the Mont-Blanc Valley