Customize My Trip
Customize My Trip
With its stunning white vistas and towering peaks, the French Alps are a true winter wonderland. It’s a place where old-world charm meets legendary skiing.
Read More 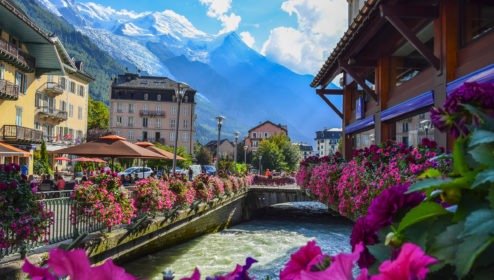 Families will love staying in comfortable apartments nestled between pines. Located in the village resort of Les Houces, it’s just 10 minutes from Chamonix. The apartment package can include access ...
About This Trip 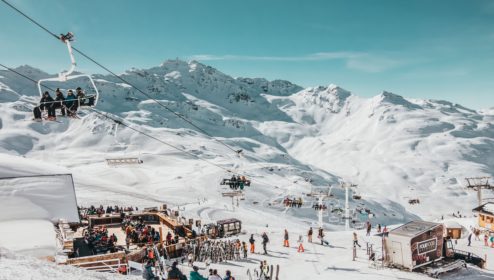 Consistent snowfall means quality skiing throughout the entire season. The stunning mountain peaks, visible from your luxurious hotel room, contrast against the clear blue sky. Spend the day skiing ...
About This Trip 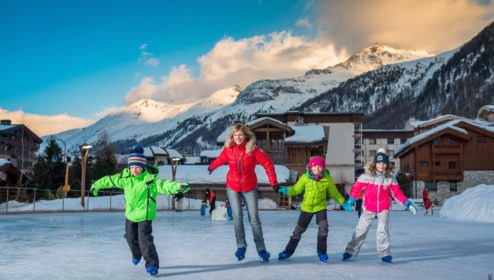 The vast ski-area, connected to the Tignes, offers a staggering 300 km of exemplary ski runs. The mythical Face de Bellevarde run, immortalized during the 1992 Olympics, will thrill even the most ...
About This Trip 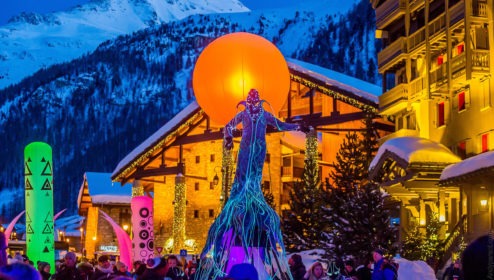 5-star Ski Vacation to Chamonix and the Mont-Blanc Valley

Spend an unforgettable stay in Chamonix, one of the oldest ski destinations in the world. Chamonix hosted the first Winter Olympics and combines old-world charm with quality skiing. This ...
About This Trip 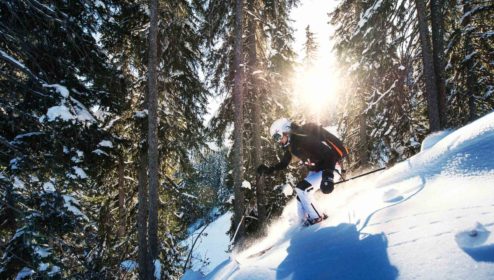 Winter Trip to Courchevel with Half Board

Courchevel is your link to the Trois Vallées, the world's largest ski area with over 370 miles (600 km) of ski slopes. Courchevel itself is synonymous with luxury. The resort’s posh ambiance and ...
About This Trip 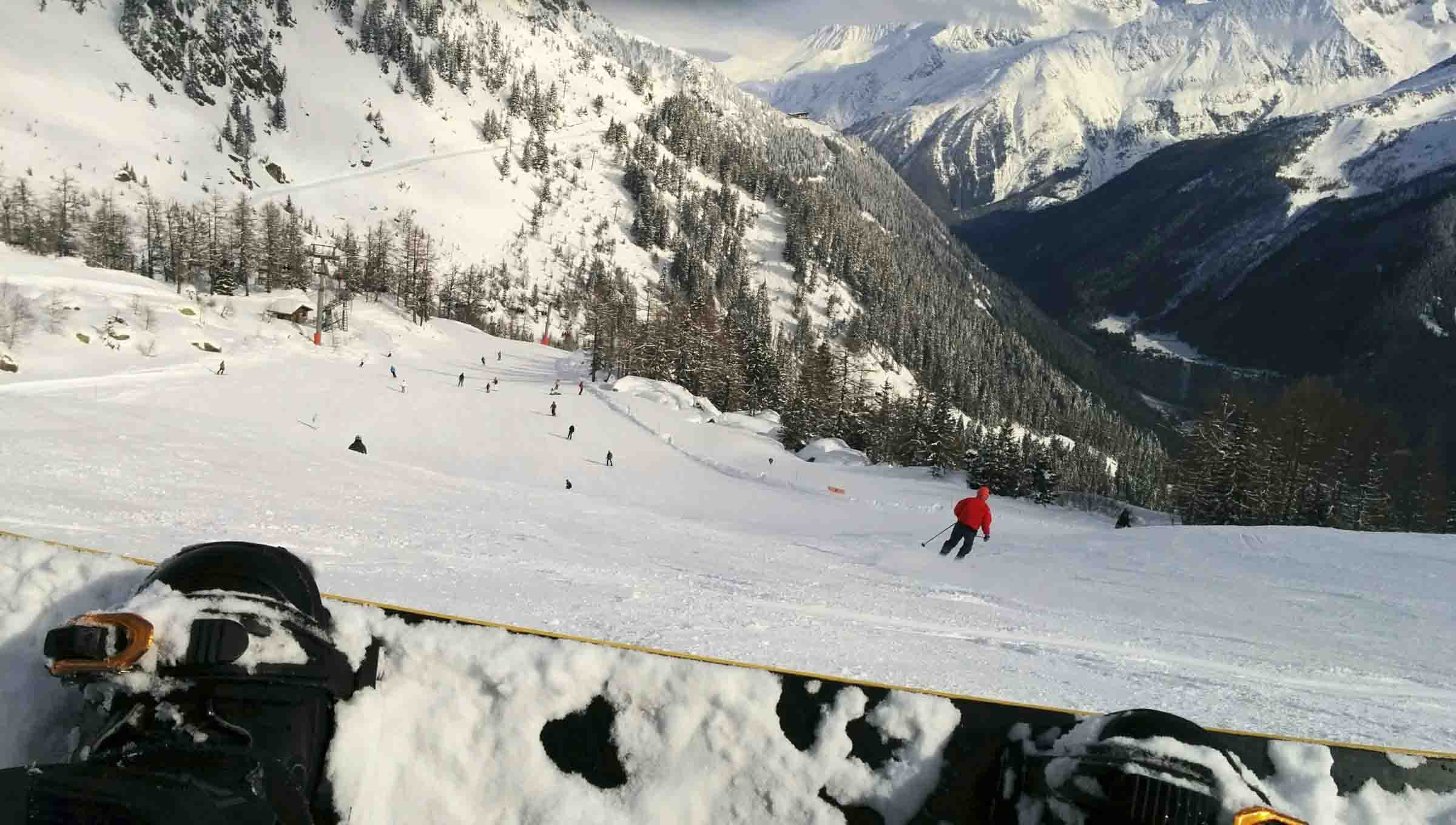 Located in the shadow of Europe’s highest peak, le Mont Blanc, Chamonix is one of the world’s first ski towns. It features exceptional on-piste and off-piste skiing, including the Vallée Blanche’s 9,000-foot (2,800m) descent from the Aiguille du Midi back to Chamonix. Alternatively, take the cable to the top of the Aiguille du Midi (12,605 feet or 3,842m) to appreciate the spectacular views of Mont Blanc and the French, Swiss, and Italian Alps. Back in town, the nightlife is as famous as the skiing! Enjoy the great restaurants, exciting bars, and pulsing nightclubs. 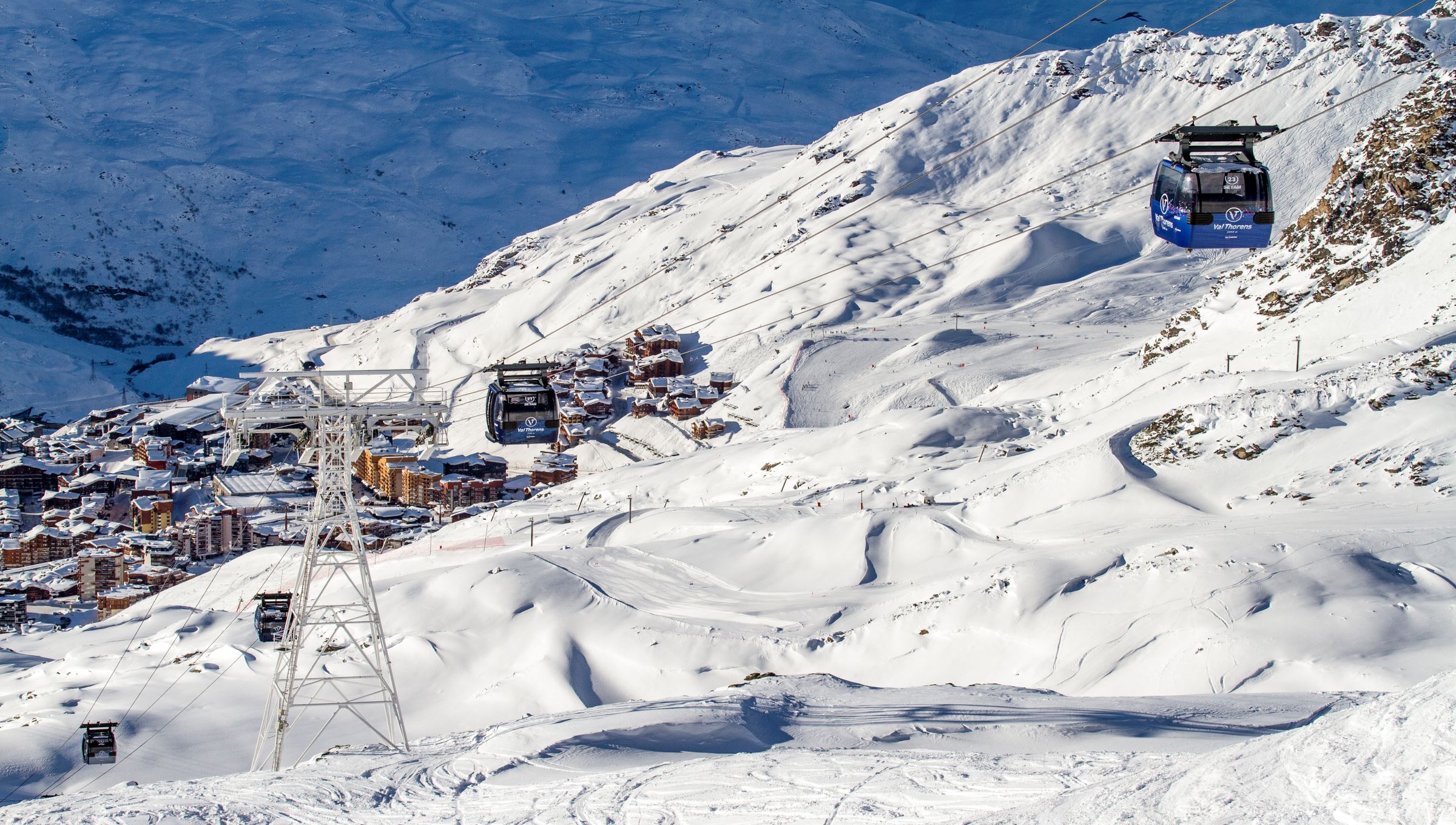 Posh Courchevel joins Méribel and Val Thorens to form the Trois Valleys (Three Valleys), the world’s largest interconnected ski area. Together they boast over 370 miles (600 km) of ski slopes and endless, accessible back-country skiing. Besides the legendary skiing there’s plenty to do. The après-ski options are as exciting as the slopes, with seven Michelin-star restaurants and many sophisticated bars. Posh Courchevel is a favorite of celebrities and the British Royals. 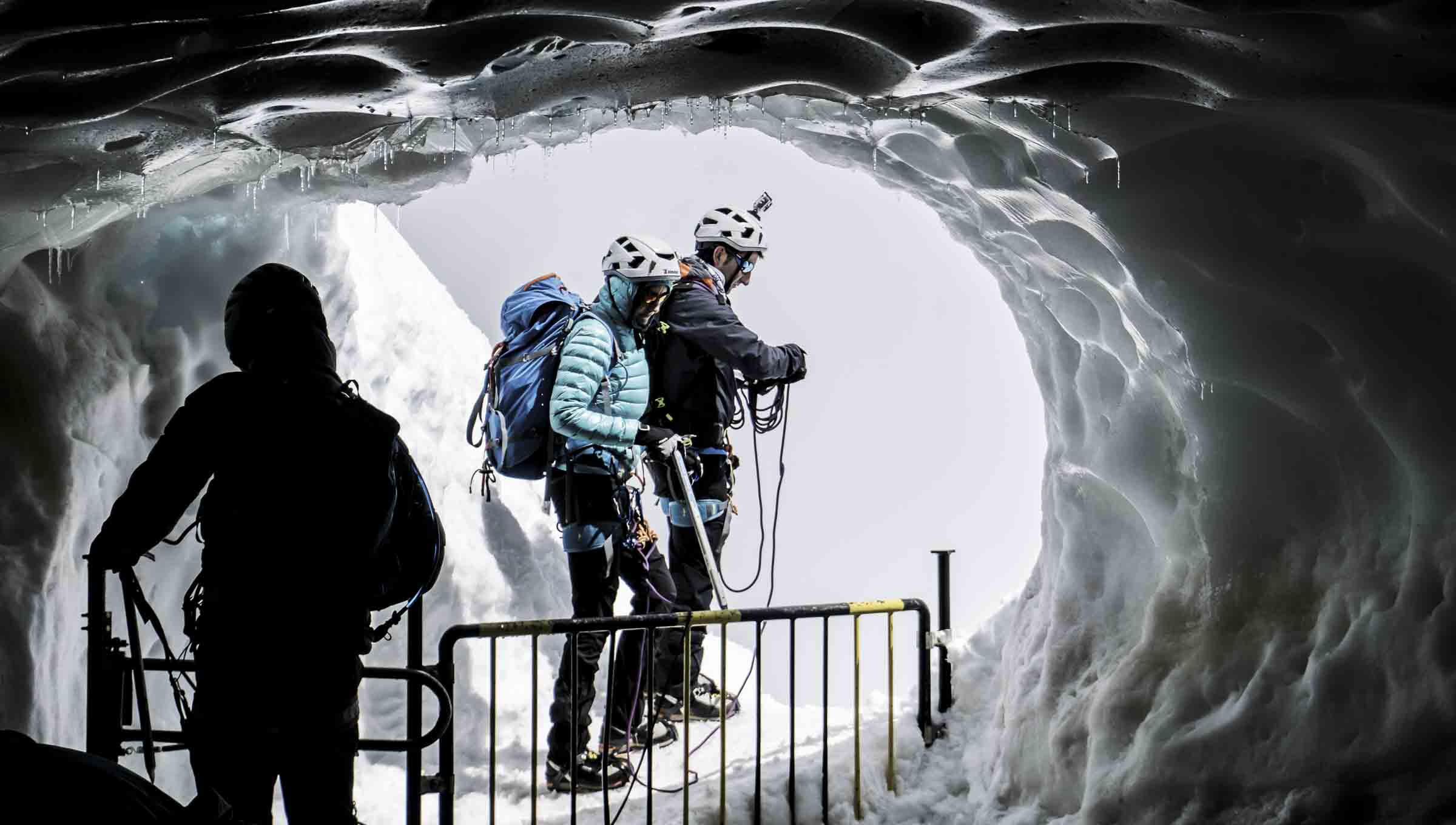 While best known for its pristine skiing slopes, the French Alps offer many diverse and exciting activities in the winter. Some popular options include hiking with snowshoes, ice-skating, and cross-country skiing, and dog sledding. Those favoring more relaxing activities should take advantage of the fine spas or tour Christmas markets. After a day out, cheese lovers should be sure to try a hearty raclette or fondue to warm up! 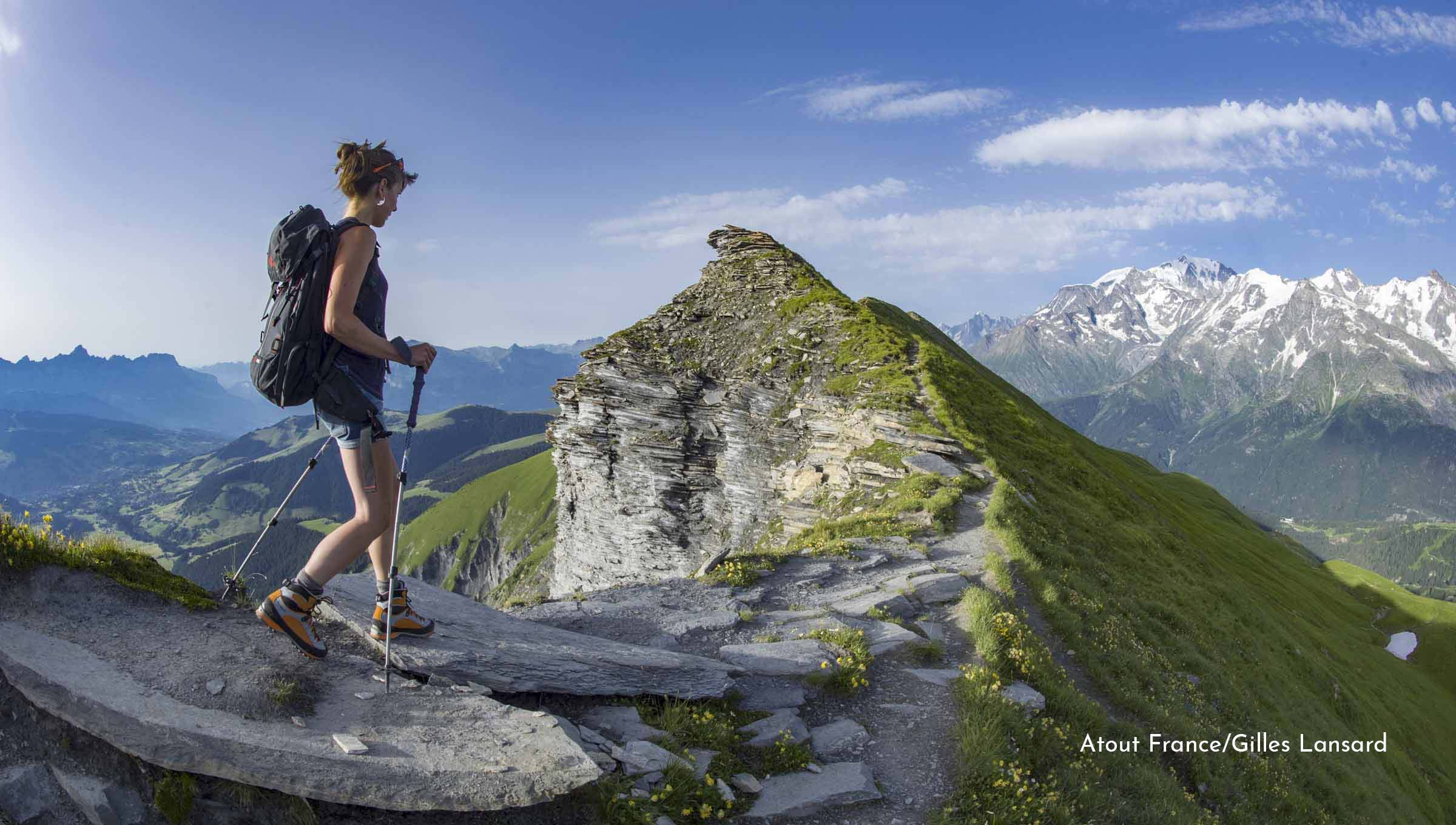 The French Alps are just as charming in the summer months! Hike along the mountain paths and past crystal clear lakes. See the mountains from above while paragliding. See them from below while white-water rafting and kayaking. You can also try canyoning, a sport where hiking, climbing, rappelling, and swimming meet, as you travel through pristine Alpine canyons. Summer in the French Alps is a paradise for outdoors affectionados.

The French Alps in Depth

Get to know the French Alps

Think cozy ski resorts, beautiful chalets, dynamic slopes, and the most breathtaking mountain views. The Alps spans eight countries, reaching their pinnacle on France’s Mont Blanc. The 15,777-foot high peak (4,808m) is not only the Alps’, but Europe’s highest. The French Alps have been attracting skiers with a century, with powder white snow and dynamic Olympic-grade slopes. In fact, the very first Winter Olympics was held in Chamonix in 1924. They returned to the region in 1968 and 1992. Experienced skiers can test their skills on La Face de Bellevarde, made famous during the 1992 Winter Olympics. Chamonix and the Trois Vallées’s Courchevel are the most famous ski areas internationally. French Side Travel can also organize trips to other Alpine destinations including Val Thorens, Les Gets, and Val-d’Isère. Wherever you choose, you’ll fall in love with the stunning French Alps. 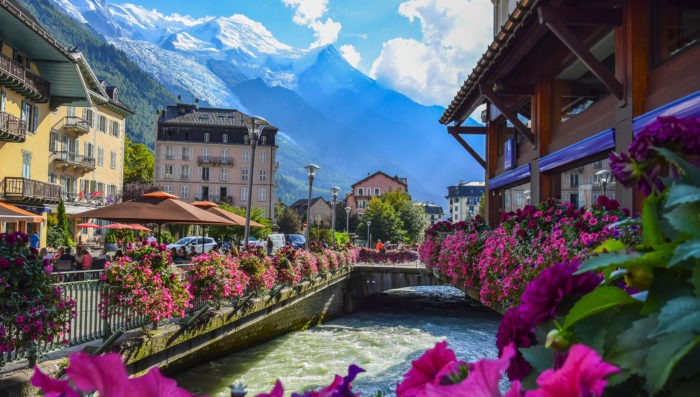 This region of the Alps has been inhabited for thousands of years. In 118 BC, the Romans Empire forged a road, The Domitienne Way. The French and Italian Alps road incorporated Gaul and Spain into Rome. Skiing was popularized here in the 19th century when the French alpine military brought the new Scandinavian invention of the “ski” to France. Soon the first skiing school opened on the slopes. It was, however, the first-ever Winter Olympics in Chamonix in 1924 that cemented recreational skiing as a sport and put the French Alps on the map.

Many visitors to France will already be familiar with fondue, but it’s just one of many hearty cheese dishes to be tried in the French Alps. 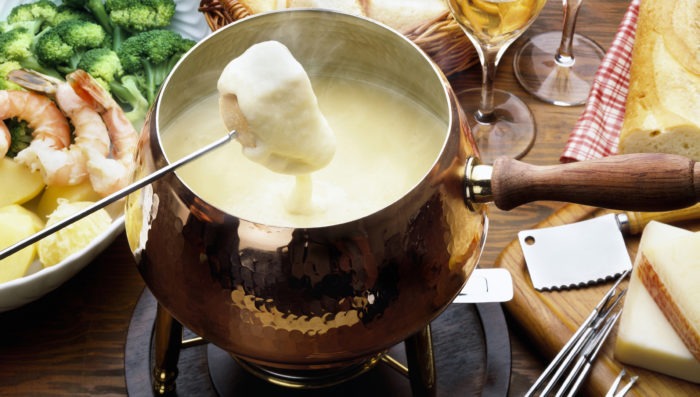 Raclette is a similar idea where the cheese is melted at the table and served with potatoes and charcuterie. Another favorite is tartiflette, a gratin of reblochon cheese bacon, creme, onions, and white wine. 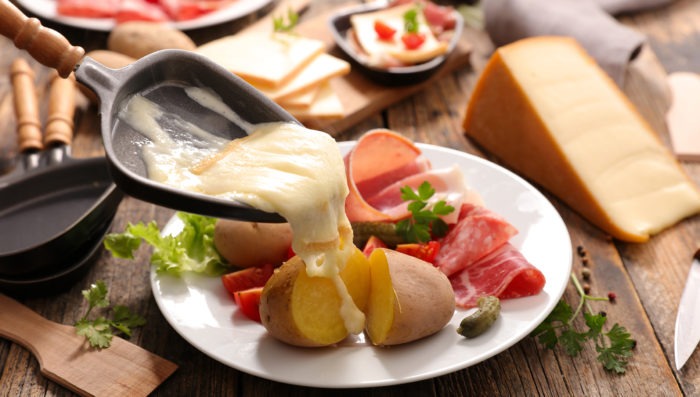 When to go: Skiing is possible from early December until late April. Snow conditions are best from January through March. December offers Christmas markets and holiday activities. March is a great time to come, with agreeable weather, nice ski conditions, and lighter crowds. For summer activities, particularly hiking, come in August and September the only months without snow.

By Plane and Car: Fly to Geneva, Switzerland. Reach Chamonix (1 hour) and Courchevel (2 hours) by rental car or private driver.

By Train: From Paris or southern France, the TGV train can get you close to many French Alps resorts. Upon arrival, you may need a shuttle or driver.

Cheese: The French Alps are cow country! Many great cheeses are made here. Cheese lovers should try the Reblochon, Beaufort, Tomme de Savoie, Abondance, and Emmental de Savoie. Those who prefer goat cheese will enjoy the Chevrotin. 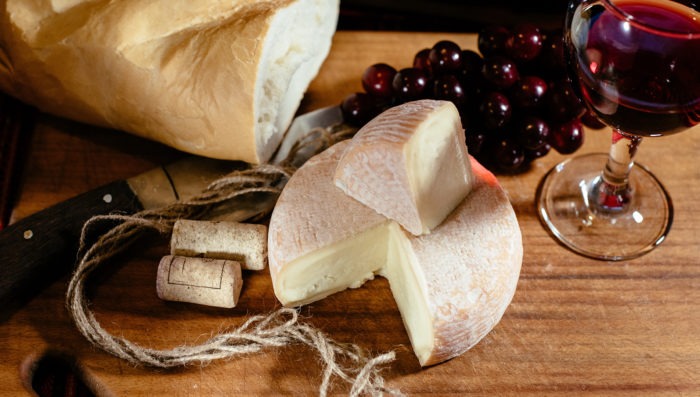 Wine: Wine, mostly white, is produced in the Savoie region. Although the grapes are planted at a high elevation they thrive due to a surprisingly warm and sunny microclimate south of the peaks. The Jacquère white and Mondeuse red are the most popular varietals. Seyssell and Crémant de Savoie are recognized as AOP appellations.

Vermouth, notably from Dolin, is also made in the region.

Aromatic génépi is a herbal liqueur made in the French and Italian Alps that has a similar flavor profile to absinth, but sweeter. It is served as an after-dinner digestif. 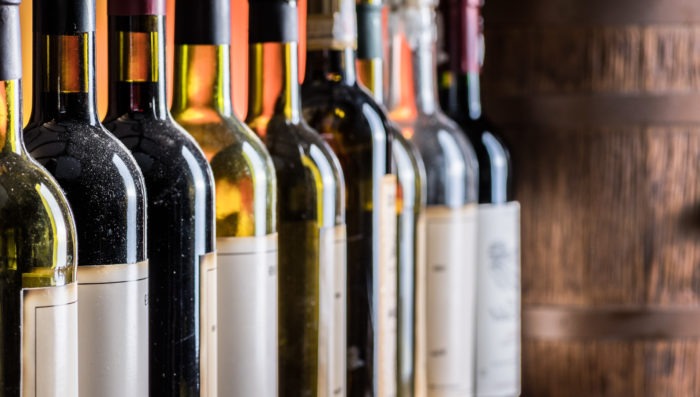 Enjoy unique and authentic experiences throughout the whole country

They will ensure your trip is everything you dreamed and more, j’adore FST
« We had a trip of a lifetime in Paris and Champagne and it was all because of French Side Travel (FST), our trip would not have been the same if we planned it on our own… I have already recommended French Side Travel to several friends and plan to use … »
Christi, November 2022
Would highly recommend it
« Wonderful trip from Paris to Normandy and return: transport, hotel, guides, food, agenda— all planned and executed perfectly. Merci beaucoup! »
Kat, November 2022
We will definitely use them again if we are fortunate enough to return to France
« FST did a beautiful job for us on our trip to Normandy and Paris. Not only did the transfers and guided trips go smoothly, but the support staff was available to answer questions during our stay and responded immediately. We will definitely use them … »
William, October 2022
We highly recommend FST to anyone who’s trying to plan a memorable trip
« …I have to say they did an excellent job helping plan our trip…We would highly recommend French Side Travel to anyone who’s trying to plan a memorable trip to France. We would use them again for sure! »
Gville, October 2022
Well done French Side!
« We were very satisfied and pleased with all of the details of our trip. Well done French Side! »
Grier, October 2022
Excellent service from start to finish
« Excellent service from start to finish – assistance with planning, preparing details and execution. We had a very memorable day trip to Loire Valley. »
Paula, October 2022
This was an exciting experience… Highly recommended!
« Wonderful trip! Every detail went as planned from the hotels to car rentals to train scheduling. The day to day itinerary worked perfectly. Although we have traveled to France many times, this was an exciting experience.. Highly recommended! »
RoseMarie, October 2022
French Side Travel exceeded my expectations
« Fantastic trip to Provence and Cote d Azur. Hotels were all in great locations, the guides were very knowledgeable, and the itinerary was excellent. French Side travel exceeded my expectations and I look forward to future trips to France with them »
Joan, September 2022
They designed the most perfect two week French vacation for us
« Sarah and the team at French Side Travel designed the most perfect two week French vacation for us. Each tour guide was so wonderful, the hotels they selected were boutique and walking distance to everything. They respected our budget and gave us a … »
Amy, September 2022
Available all the time for my questions before and during the trip
« French Side Travel did an amazing job creating and coordinating our unbelievable trip to France. Big shout out to Landen for designing this beautiful trip and Emilie who booked everything and was patient with me and available all the time for my … »
Evan, September 2022
They made our trip hassle free as we just enjoyed a wonderful itinerary
« We just came back from a wonderful trip to Bordeaux and Dordogne organized by French Side Travel. It was amazing. They work with first class local guides to provide one of kind experiences. The trip was tailored to our needs and their office was … »
Tania, August 2022
Our anniversary trip was all we had hoped for
« Our 50th wedding anniversary trip to the Normandy region of France was all we had hoped for. Christiana and her staff at French Side travel arranged every detail, without a hitch. Our professional drivers/guides were prompt, knowledgeable and very … »
Mike, August 2022