Luxury Self-Drive Vacation in the South of France

Experience the best of Southern France's delightful gastronomy and culture

This luxurious self-drive tour takes you to our favorite cities in Provence and through wonderful vineyards and charming markets. Enjoy the delicious local food and beautiful landscapes that define Southern France. Exploring regional specialties, such as wine, oysters, and traditional regional recipes. Follow the road to prestigious Châteauneuf-du-Pape to meet three different winemakers and visit the charming villages in the Luberon Regional Park. The historical monuments in Nîmes, Montpellier, and Aix-en-Provence are sure to impress. Make sure to leave some room for the exceptional fine dining restaurants that await you.

Pick up your rental car upon your arrival at the airport

A southern French town between the Cévennes and the Camargue, Nîmes is all about contrast: today it’s a lively commercial center, but boasts more than 2,000 years of history.

The amphitheater and Maison Carrée – a majestic, recently restored temple – are just two of the numerous Roman gems to see. There are also splendid mansions and verdant gardens, notably the Jardins de la Fontaine laid out on a Roman site in the 18th century. Museums and markets line the palm-fringed streets and the city comes alive with festivals in the summer months.

Explore Uzès, a wonderful medieval town and the first Duchy of France, set in the Mediterranean scrub. Uzès has preserved its layout as a medieval stronghold, embellished in the 17th and 18th centuries. Discover the picturesque town square, Place aux Herbes, the episcopal palace, the ducal palace, the unique Fenestrelle Tower and the cathedral.

Outside Uzès don’t miss the stunning Roman aqueduct that brought spring water to Nîmes. The Pont du Gard was the highest aqueducts of the Roman world. A UNESCO World Heritage Site, this structure built between Uzès and Nîmes (Gard) supplied water to the city of Nîmes for 5 centuries. It winds more than 31 miles (50km) between the two cities. Spanning the Gardon river, The Pont du Gard is just one part of this monumental aqueduct. This bridge was built to allow the aqueduct of Nîmes to cross the river Gardon. Built around the year 50 AD, the Pont du Gard is a true testament to Roman engineering. It soars to over 157 feet (48m) and spans more than 900 feet (275m). 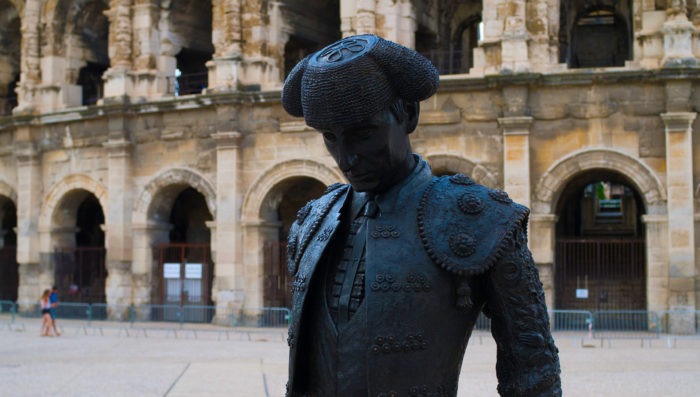 A gourmet break on the shores of our beautiful lagoon

Discover how Tarbouriech oysters are raised. Take a boat ride in the Thau lagoon into the heart of an exceptional ecosystem to learn about oyster farming. You will, of course, get an opportunity to try them yourself.

Enjoy a taste experience around the oyster

Lunch is at the Domaine Tarbouriech. For three generations they have been farming oysters and supplying the tables of Michelin-starred chefs.

At the restaurant “La Folie”, Chef Nicolas Leseurre immerses you in Sète’s gastronomy by showcasing ingredients from small local producers. He offers you his creations in a 5 or 7 courses according to the season. 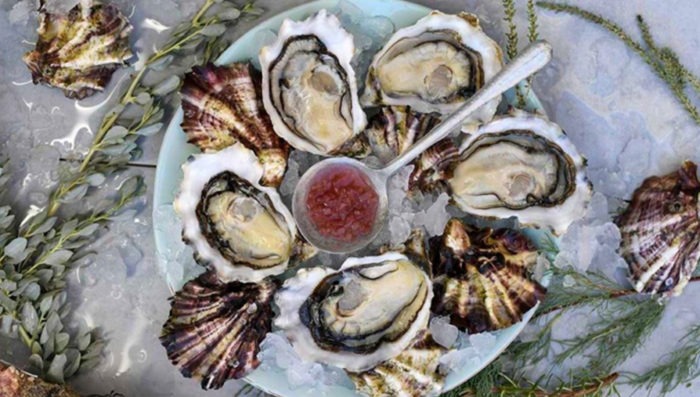 Suggestion: Going on a cultural journey in Montpellier

Strolling on The place de la Comédie, Montpellier’s iconic heart, It is one of the largest pedestrian precincts in Europe and is dominated by the imposing Opéra Comédie. In the center, the ‘Three Graces’ stand proudly, a fountain and statue built-in 1773.

Visiting the Musée Fabre de Montpellier Méditerranée Métropole one of the finest Fine Arts Museums in Europe It houses European works from the Renaissance to the present day and has a wing devoted exclusively to contemporary artist, Pierre Soulages.

Getting lost in the medieval streets: Montpellier boasts numerous tiny medieval streets, which bear testament to its proud past. Rue de la Valfère, Rue du Bras de Fer, Rue de L’Argenterie are sure to take you back in time and introduce you to a whole new world. 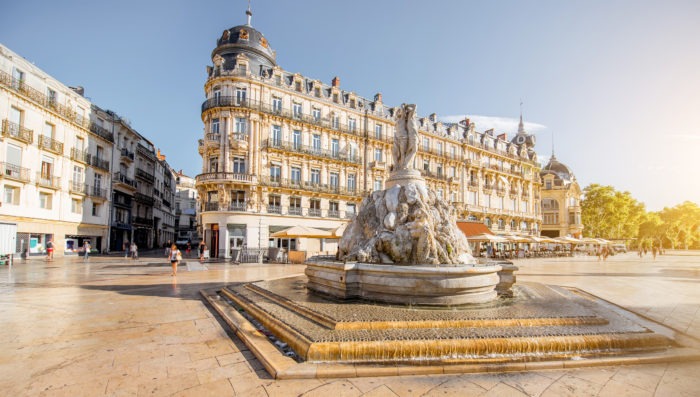 Accompanied by Laurent, ride over our 500 hectares (1,235 acres) of land, divided between rice paddies and pastures. The Camargue’s famous white horses join you for this off-the-beaten-path ride that takes you close to Camargue bulls.

If you are an experienced rider, you can participate in the sorting of the bulls with our cowboys.

Enjoy a picnic on Piemenson beach. 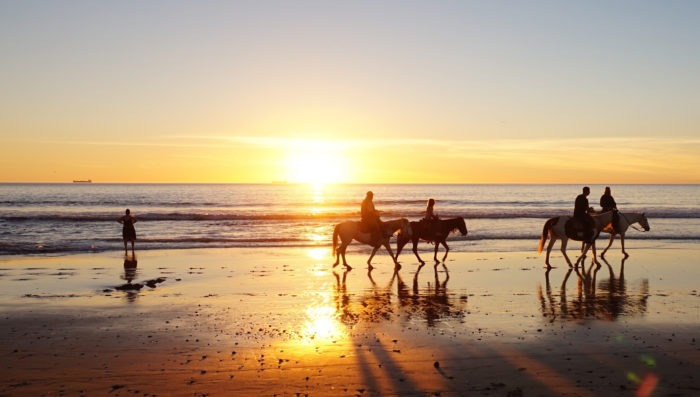 Visit Arles with Soizic, your local professional guide. She will share her knowledge, her passion, and anecdotes. Discover the secrets of a fascinating city steeped in history.

Many of the city’s Roman and Medieval monuments are in the UNESCO World Heritage List; among them the splendid Arena, the Amphitheater and vestiges of the Roman Forum. The famous painter Vincent Van Gogh came to Arles for its bright Southern colors and blue shades. The city’s cultural scene is highly active, events and festivals attract visitors from all over the world.

Soizic will guide you through the highlights of Arles and let you in on the historic details. During your stroll along the bank of the Rhône river, she will surprise you with the beauty of the splendid Place de la République, the church of Saint-Throphime with its outstanding Romanesque portal and the ancient hospital Hôtel-Dieu, where Vincent Van Gogh was hospitalized and which is featured in many of his paintings. Today the building with its beautiful inner courtyard is a cultural center, the “Espace van Gogh.” 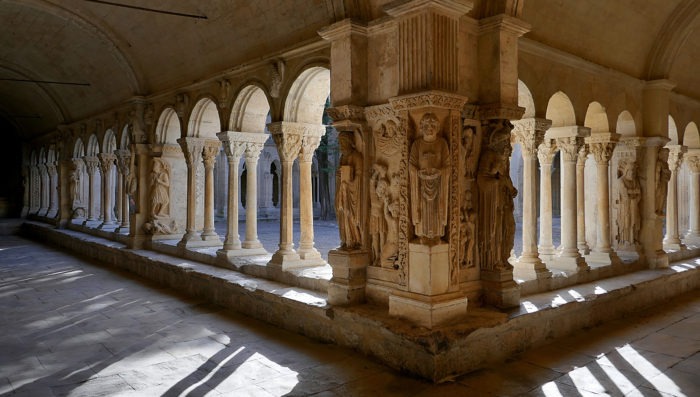 Covered with a sea of ​​blond rolled pebbles, the Châteauneuf-du-Pape vineyards offers a unique and timeless face. The wine tour starts with an authentic confectionery making experience where many sweets such as candies, nougat, lollipops are made in copper cauldrons.

We’ll follow the road to Chateauneuf-du-Pape to meet three different winemakers. Discover with them the appellation, the oldest of France, through their winemaking methods and vineyards. After the tour, lunch in a typical Provencal restaurant, where, we can benefit from the shady patio, depending on the weather. 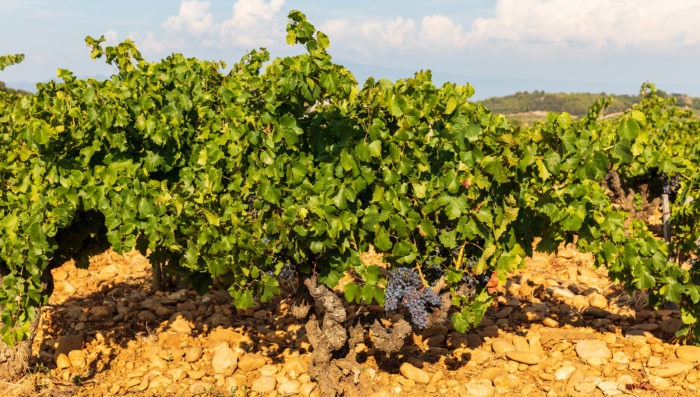 Drive through the Luberon Regional Nature Park and its  charming villages

Its idyllic landscapes make the Luberon Regional Nature Park one of our favorite corners of Provence. Limestone mountains, rolling hills, serene valleys, orchards, and farms characterize the 120,000-hectare reserve. It is a joy to drive through its picturesque landscapes and charming towns.

The town Isle-sur-la-Sorgue lays at the foot of the Vaucluse plateau. It is famous for its winding canals and ancient street that make it feel like a little Provencal Venice. All along the Sorgue River, you’ll discover small bridges and great mossy water wheels. Today the town is also known for being a hub for antiques. It has a vibrant market, art galleries, and colorful shops.

Gordes is designated as one of France’s Most Beautiful Villages. The lovely hilltop village is postcard-perfect, sitting atop a steep slope. The perched location provided protection from invasions during the Middle Ages. The 16th-century castle dominates the town with medieval towers and a grand doorway. The Place du Château de Gordes is a lively town square with cafés, restaurants, art galleries, and souvenir shops. 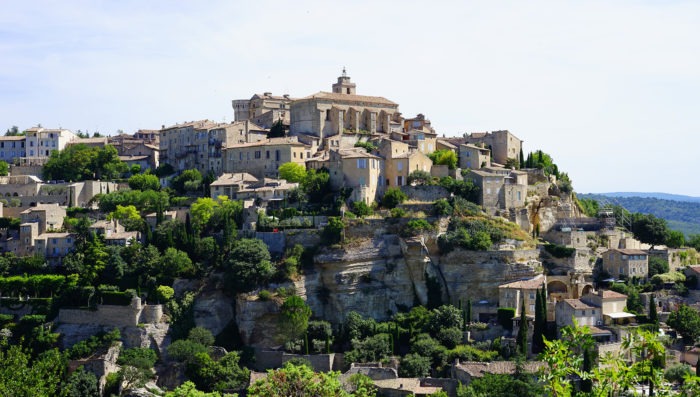 The Abbaye de Sénanque sits in a lovely valley on the southern edge of the Vaucluse plateau. The surrounding lavender fields, make for an unforgettable scene from July through the beginning of August. The Cistercian abbey was founded in 1148 and became one of the most important monasteries in Provence. It is still a working monastery today. Those interested in seeing the cloister are required to take a guided tour (reservations are recommended). 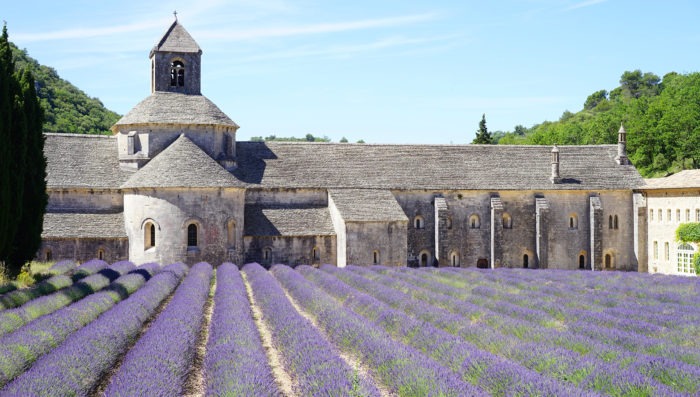 Nearby Roussillon is the other capital. The small village is also one of France’s Most Beautiful Villages. Bright orange, yellow, and red cliffs surrounded it. Stroll through its narrow streets and lovely squares. They’re as vibrantly colorful as the cliffs. Ocher was first used as a natural paint in prehistoric caves. It was rediscovered around the French Revolution and sold worldwide.

Medieval Menerbes is one of Provence’s famous perched villages. Most of Menerbes’ houses date from the 16th and 17th centuries, and a large number have been beautifully renovated in recent years. Menerbes has long attracted artists. Nicolas de Stael and Picasso lived here. The village is better known for a more recent resident. The British author Peter Mayle, wrote his ‘Year in Provence’ books while living here. These books brought well-deserved fame to the villages of the Luberon.

The village of Lourmarin grew up around a 12th-century castle. It was replaced in the 15th century and improved upon in the 16th century. Lourmarin itself is very attractive, with lots of narrow winding Provençal streets. Explore by foot, as many of them are too narrow or too steep for cars! Stop for a refreshing drink at a cafe in one of the small squares. Allow yourself time to explore the art galleries and shops.

Join a local passionate food guide for a taste of magical Aix-en-Provence.

Rub shoulders with locals in boutique food shops and charming farmers markets. Taste local sweets and savory specialties. You’ll learn the history behind the city’s food traditions. This morning tour takes you through the more than 700-year-old market square.

You’ll get a chance to try the local pastries, traditional Calisson candy, olives, lavender honey, fruits, cheese, and charcuterie. Stop for a coffee or the well-loved rosé wine. 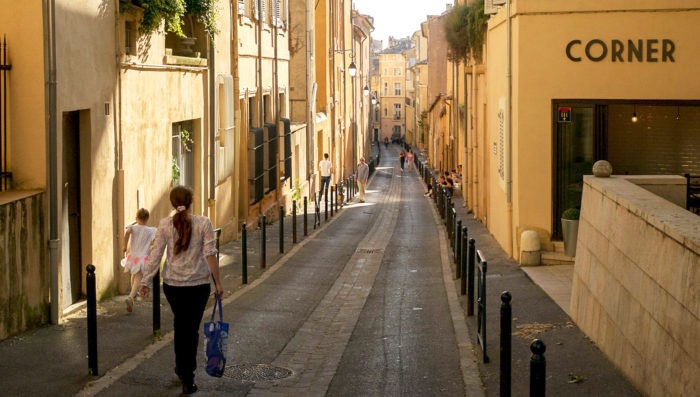 Shopping and discovery tour of Marseille

Enjoy a customized tour of a bustling and colorful Marseille with a private guide. Explore 26-century-old Phoenician City’s architectural, artistic, and cultural heritage. Visits its finest boutique shops, and try its unique cuisine.

Treat yourself to a gourmet getaway at this three-Michelin-star restaurant. The memorable menu is matched with a truly gorgeous setting, perched on rocks over the azure Mediterranean Sea. 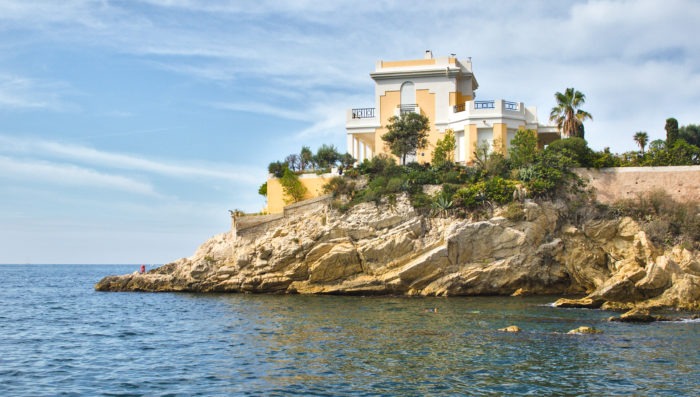 Private transfer to the Airport 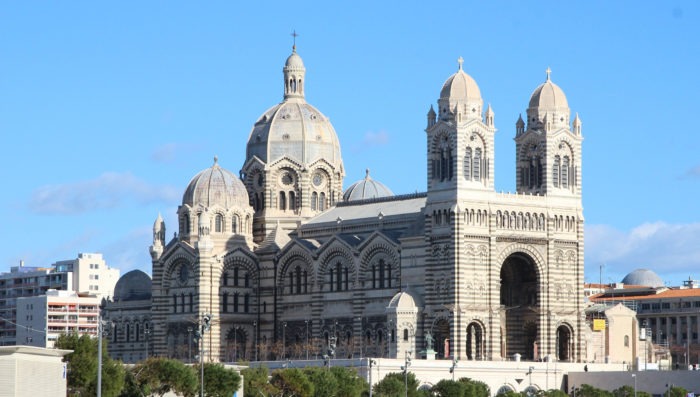 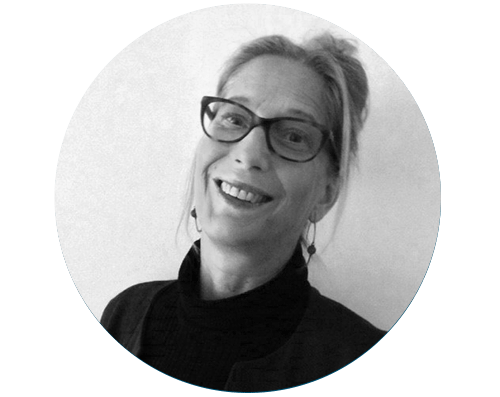