Planning a trip to the French Riviera and Provence? Browse the sample tours below for inspiration or contact us straight away for a tailor-made itinerary by a local travel designer. 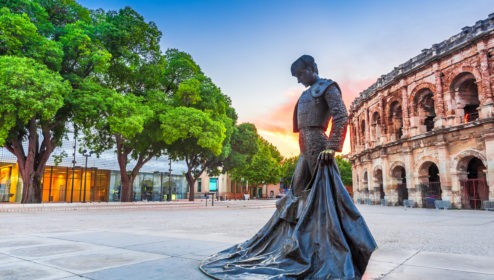 Luxury Self-Drive Vacation in the South of France

This luxurious self-drive tour takes you to our favorite cities in Provence and through wonderful vineyards and charming markets. Enjoy the delicious local food and beautiful landscapes that define ...
Customize My Trip 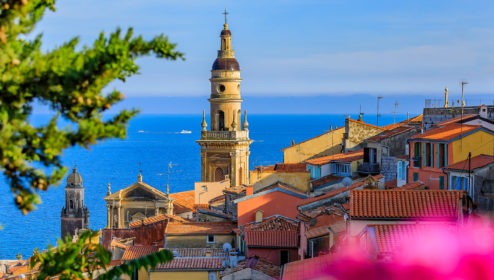 Experience the best of Provence and the famous French Riviera. See fabulous medieval villages, historical monuments, and, of course, taste your way through the sun-soaked vineyards. Along the way, ...
Customize My Trip 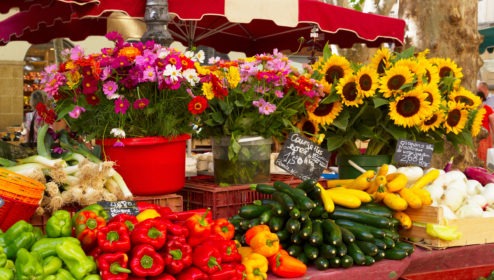 Food, Wine, and the Traditional Markets of Provence

This food and wine tour takes you to see and taste the best of Provence. You’ll be based in Avignon and Aix-en-Provence, two of its magical small cities. Excursions take you to see gorgeous ...
Customize My Trip 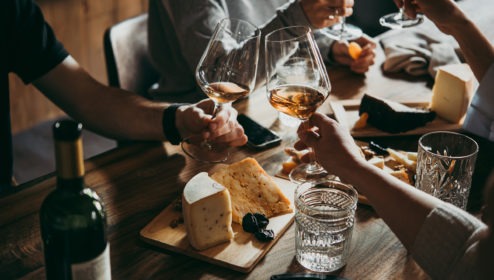 A Culinary Journey through Lyon and Southern France

This trip is a true delight for the senses. Your journey begins in Lyon, France’s culinary capital, and continues down into Provence and the French Riviera...
Customize My Trip 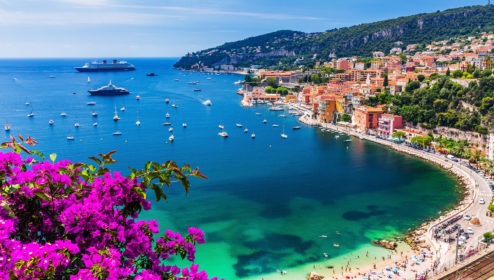 The French Riviera is the place perfect to enjoy the sun, the beach, and the sea. You won't have to give up on food and culture though, as the famous coastal towns of Cannes, Saint-Tropez, Nice, and ...
Customize My Trip

Experience Provence and the French Riviera 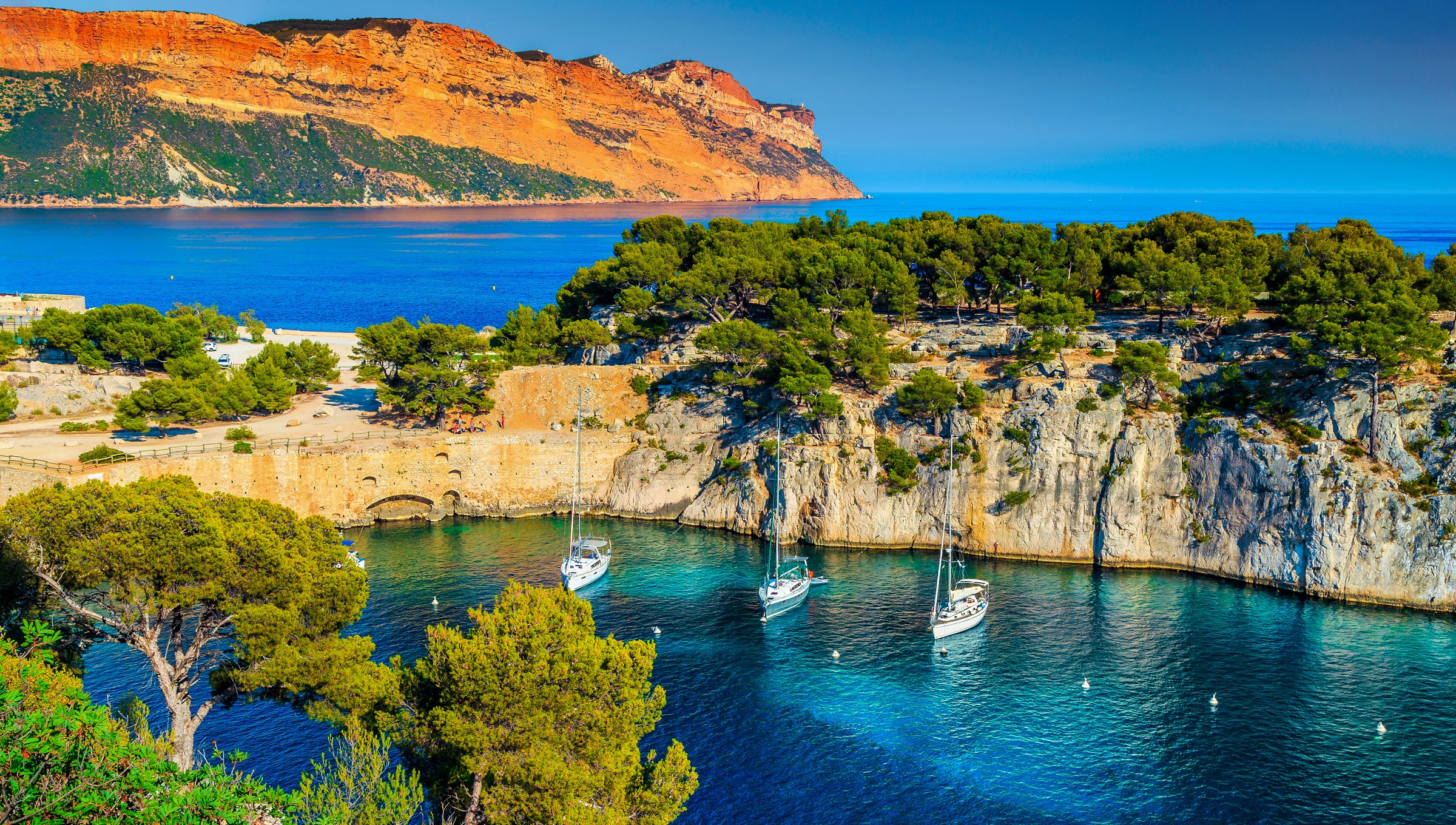 Cassis and the Calanques

Cassis is a dreamy fishing village on the Mediterranean. Its fine dining, white wines, and colorful port are a serious draw. It is set apart by being a perfect gateway into the Calanques National Park. Extending around 15 miles (25 kilometers) west to Marseille, the calanques are limestone inlets between Marseille and Cassis, where dramatic cliffs meet the turquoise sea forming secluded beaches. The beaches are accessible by a sporty hike or by  boat from Cassis or Marseille’s Vieux Port to take in this natural wonder. 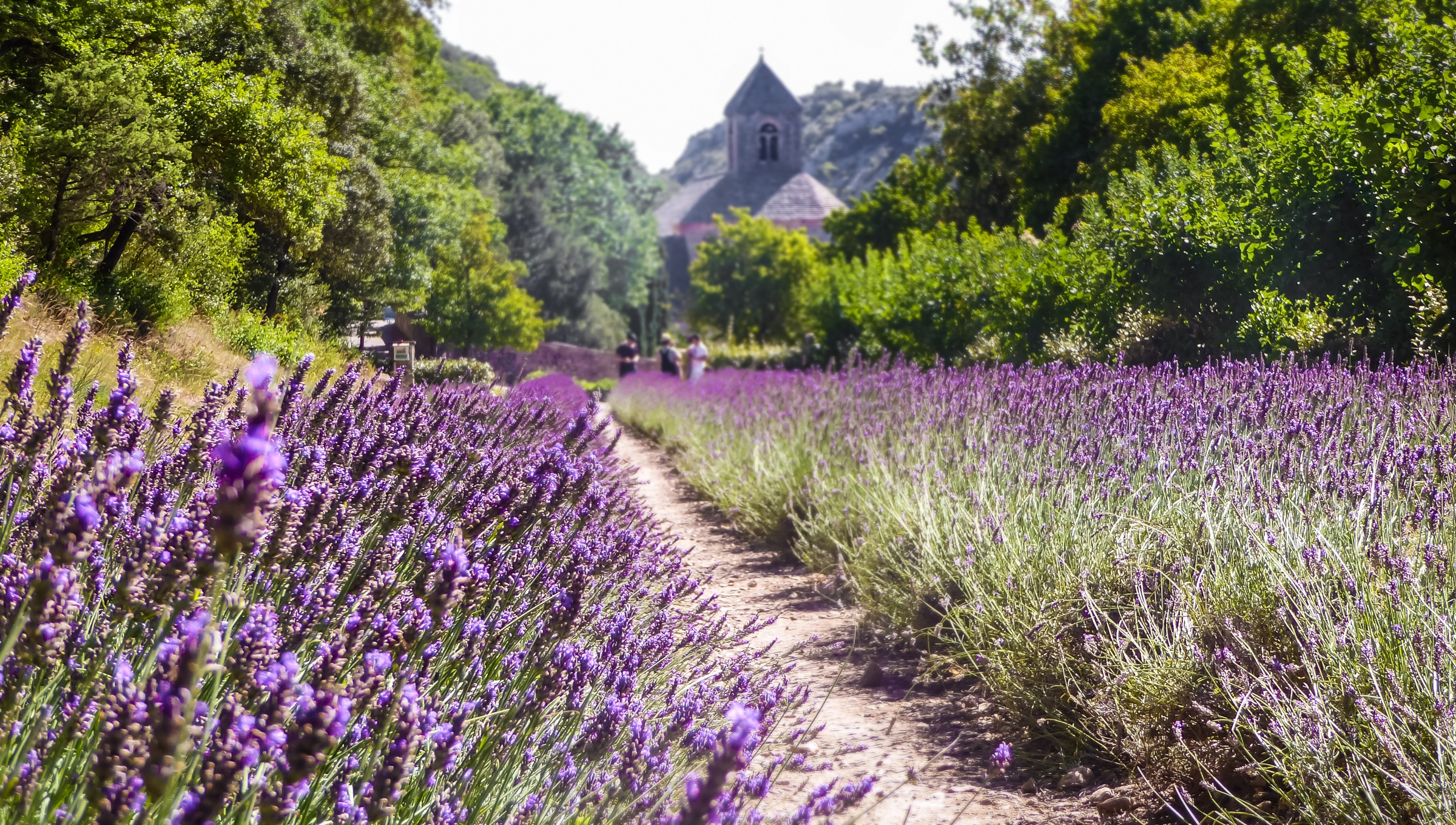 Aix-en-Provence and the Luberon

Aix-en-Provence (pronounced like the letter x) is the ancient center of Provence. It owes its an elegant atmosphere to the gorgeous 17th and 18th-century mansions and omnipresent fountains that line its streets. Along the Cours Mirabeau and Vieille Ville, chic cafes and boutiques seduce passerbys. Everyday visitors can see a food, flower, or antiques market in the city center. Fans of the painter Paul Cézanne can visit his studio, the Atelier Cézanne and observe the neighboring Sainte-Victoire mountain, a frequent subject of his paintings. North of Aix, the Luberon massif’s countryside and villages will seduce any visitor. The rusty red town of Roussillon, the hilltop-perched Gordes, and the Abbaye Notre-Dame de Sénanque are highlights. Come in July to admire the vast violet lavender fields in bloom. 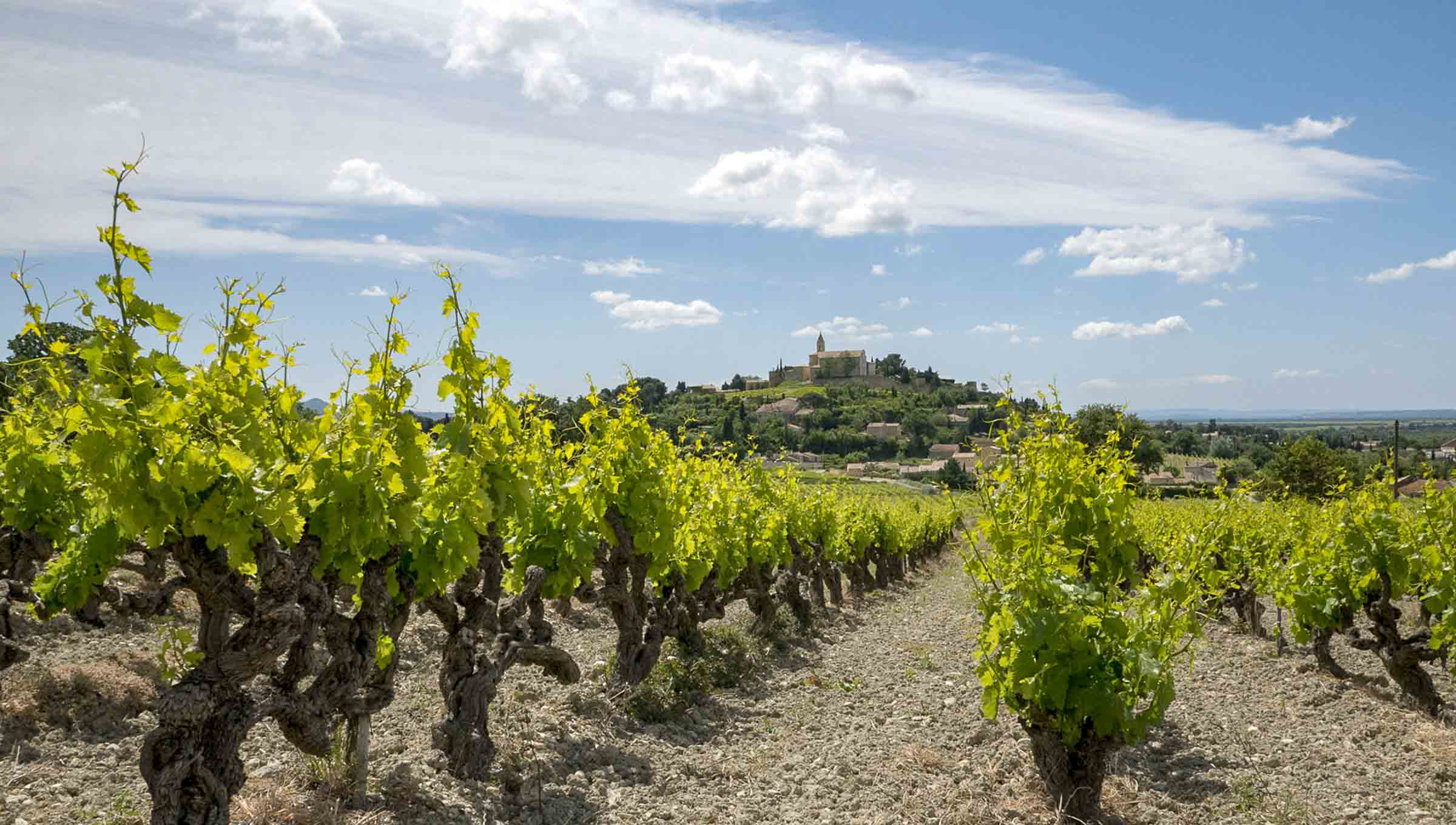 Wine has been produced for more than 2,000 years along the Rhone River between Avignon and Lyon. Today the Côte du Rhône produces some of the most famous wine in the world including France’s first appellation d’origine contrôlée Châteauneuf-du-Pape. The Rhone is truly a wine lovers paradise with a remarkable landscape consisting of rolling hills and vineyards and the occasional historical village.

Provence and French Riviera in Depth

Get to know Provence

Nestled between the sea and mountains, Van Gogh and Cézanne immortalized Provence’s beauty on canvas. Its striking colors range from azure sky to bright pastel facades and deep purple lavender fields to vibrant yellow sunflowers. In the summer cicadas melodically buzz in the background. Wine lovers can’t miss the powerful Côtes-du-Rhône reds and the refreshing Coteaux-d’Aix-en-Provence rosés. History buffs should make time to explore the exceptional Roman ruins and the Gothic Palais des Papes. The is a relaxing place with great weather, millennia of history, and a fantastic art legacy. 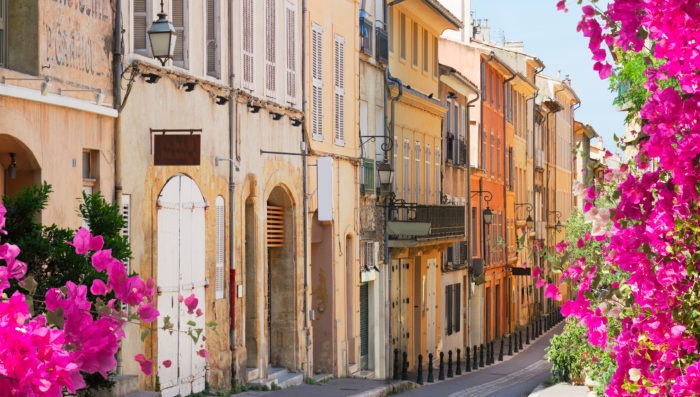 Get to know the French Riviera


Further east, the glittering French Riviera, or Cote d’Azur, is a Mediterranean paradise. The Riviera marries glamour with old-world charm. Bask in the bright sun and soak yourself superb turquoise waters. Indulge in the Rivera’s flair for luxury. Michelin-star restaurants, yacht ride, legendary nightlife, and Monaco’s Monte Carlo Casino await. This sparkling coastline from Cassis to Menton has long drawn celebrities and the jet-set crowd. 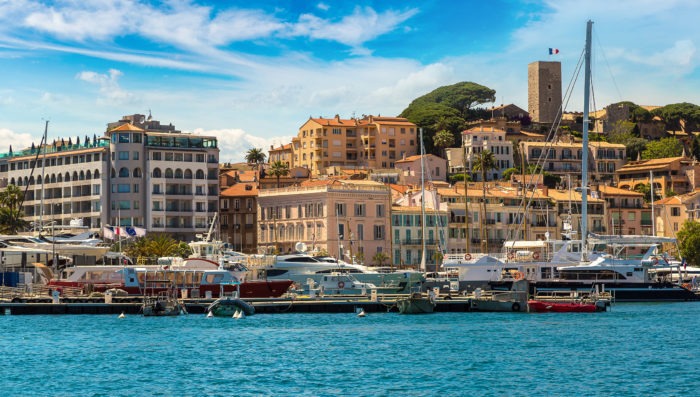 Every year in May, Hollywood elites descend for the famed Cannes Film Festival. Beautiful yachts line the white sandy shore of St.Tropez. Nice is a beguiling destination blessed with natural beauty and heavy with Italian influences. By car or boat, it is easy to take a quick international detour to follow Grace Kelly’s footsteps to the opulent Principality of Monaco. With their dramatic geography and medieval charm, the perched villages like Éze, Roquebrune, and Sainte-Agnès are favorite stops for visitors.

Provence has three millennia of fascinating history to explore. Marseille, France’s oldest city, was colonized by the Greeks in 600 BC (Nice and Monaco followed soon after). The Romans conquered the region in the 1st century BC. The region’s name, derived from the Latin Provincia Romana, is a legacy of this conquest. They left behind colossal works that can still be visited today including the pristine Pont du Gard aqueduct, the antique theatre in Orange and the amphitheater in Nimes. The 14th-century Papal Schism saw the Pope decamp from Rome to Avignon where they built the imposing Gothic Palais of Papes. Though lesser-known than the Normandy beach landings, hundreds of thousands of Allied troops landed in German-occupied Provence and the French Riviera during the summer of 1944 during Operation Dragoon. In four weeks they succeeded in liberating most of southern France. Visitors can pay their respects in the Rhone American Cemetery in Draguignan. 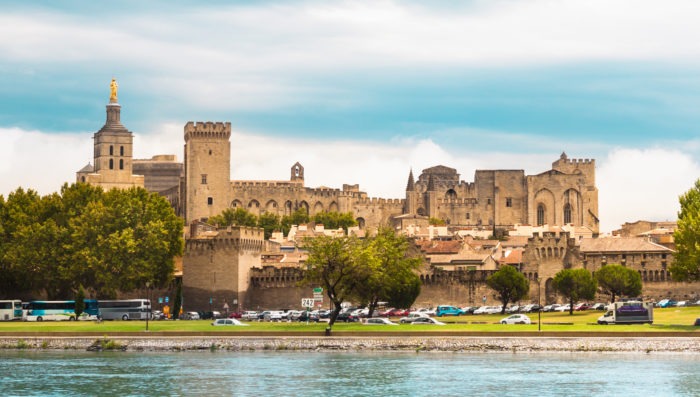 The border of the Mediterranean means a lot of sun and fantastic stone fruits and vegetables. Food is often lighter here, featuring olive oil, garlic, and olives rather than the creme, butter, and sauces from further north. Try tapenade (an olive and anchovy spread), ratatouille (a zucchini, eggplant, tomato, and onion-based dish), or delicious socca (a chickpea flour flatbread socca) in Nice or panisse (chickpea flour fries) in Marseille. Provence’s markets are an excellent place to sample the local food. 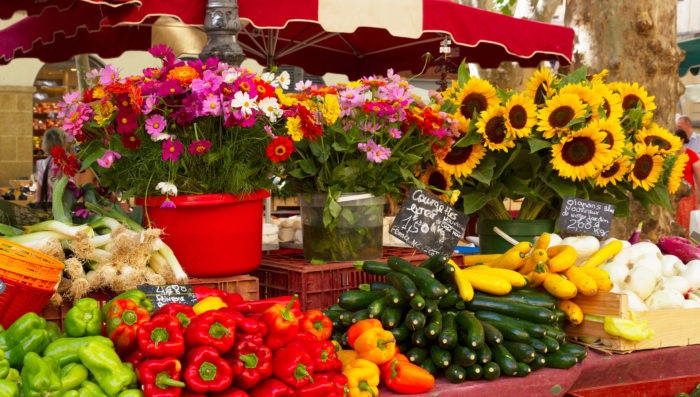 When to go: Most of the year is dry and sunny. Spring and Fall are lovely times to visit. The summer is popular, but it can be very hot in July and August. Marseille and Nice are worthwhile year-around. Provence host several renowned festivals in July and August. The Festival d’Aix and the Choregie d’Orange are among the world’s premier opera events. The Festival d’Avignon is the largest theater festival in Europe. The city is transformed for three weeks in July with over dozens of official and hundreds of unofficial productions. The Festival of Rencontres de la Photographie in Arles showcases great photography by old masters and creative new talents. Dozens of exhibitions are held in emblematic sites across the city.

By Train: With the TGV high-speed train, Provence and the French Riviera have never been more accessible. The train will whisk you away from Paris to Aix-en-Provence or Marseille in about three hours. Nice is six hours from Paris.

By Plane: The main airport in Provence is the Marseille Provence airport located 20 minutes from Marseille and Aix-en-Provence. It is well-connected to major European airports. Nice Cote d’Azur is France’s busiest international airport after Paris, with over 10 million passengers. It has several direct flights from North America.

Cheese: Southeast France’s climate lends itself better to goat cheeses rather than the cow milk cheeses that are produced in other many regions of France. Picodon and Banon are excellent examples. The famous blue Roquefort, declared by the writer Diderot to be “the king of cheese”, is only allowed to be made in caves Northwest of Montpellier. 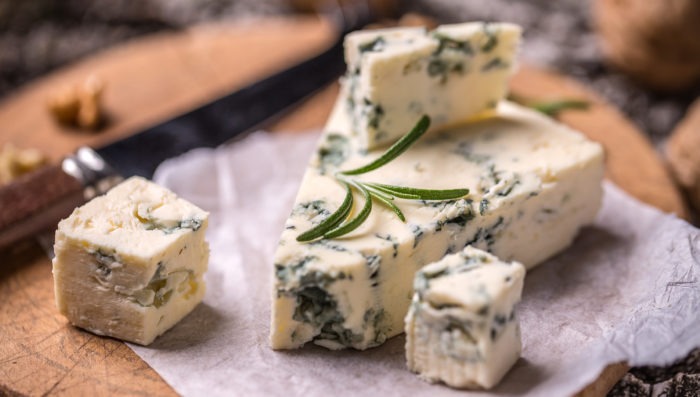 Along the southern Côtes du Rhône, Châteauneuf du Pape and Gigondas are perhaps the best-regarded, but there are scores of fantastic wines made here.

Locals love pastis, an anise-flavored spirit. It is cut with ice water to make a refreshing escape from the summer heat. 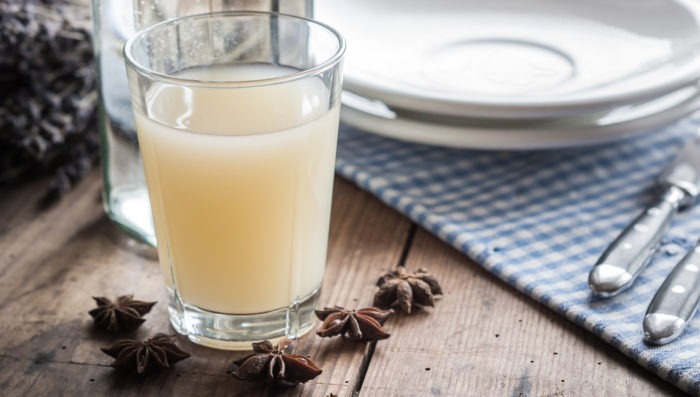