Customize My Trip
The geographical diversity of the isle is remarkable with magnificent mountains, shimmering coves, lush forests, and colorful seaside villages. Outdoor enthusiasts will be thrilled. The Corsican culture is as rich as its natural beauty. With influences from both Italy and France, the island’s gastronomy is a real treat.
Read More 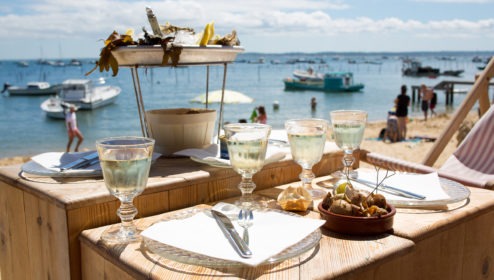 A Foodie Tour of Corsica

Enjoy the freedom to explore Corsica at your own pace with a rental car. Soak up the breathtaking scenery with regular stops to Corsica’s fine vineyards and artisan food producers.
Customize My Trip 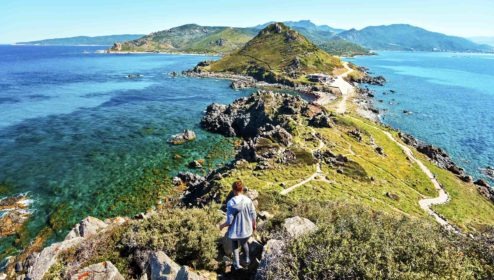 An Outdoor Family Adventure in Corsica

Enjoy the freedom to explore Corsica at your own pace with a rental car. Soak up the breathtaking scenery with regular stops to Corsica’s fine vineyards and artisan food producers.
Customize My Trip 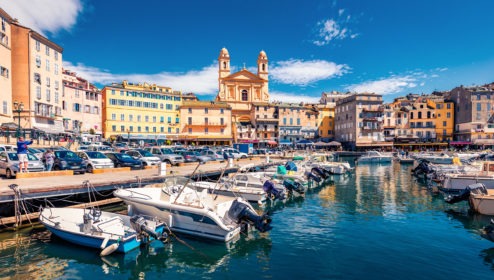 The Highlights of Corsica in Comfort and Style

This tour takes you around the entire Isle of Beauty in class and style. Start in the north in Bastia working your way down the west coast through Calvi, the Scandola Nature Reserve, and Ajaccio to ...
Customize My Trip 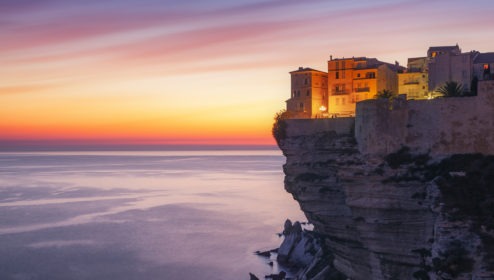 Corsica absolutely deserves the epithet “Isle of Beauty”. Enjoy a holiday in a romantic idyllic setting, you will be accommodated in a hotel of superior category with sea view. Stroll along ...
Customize My Trip 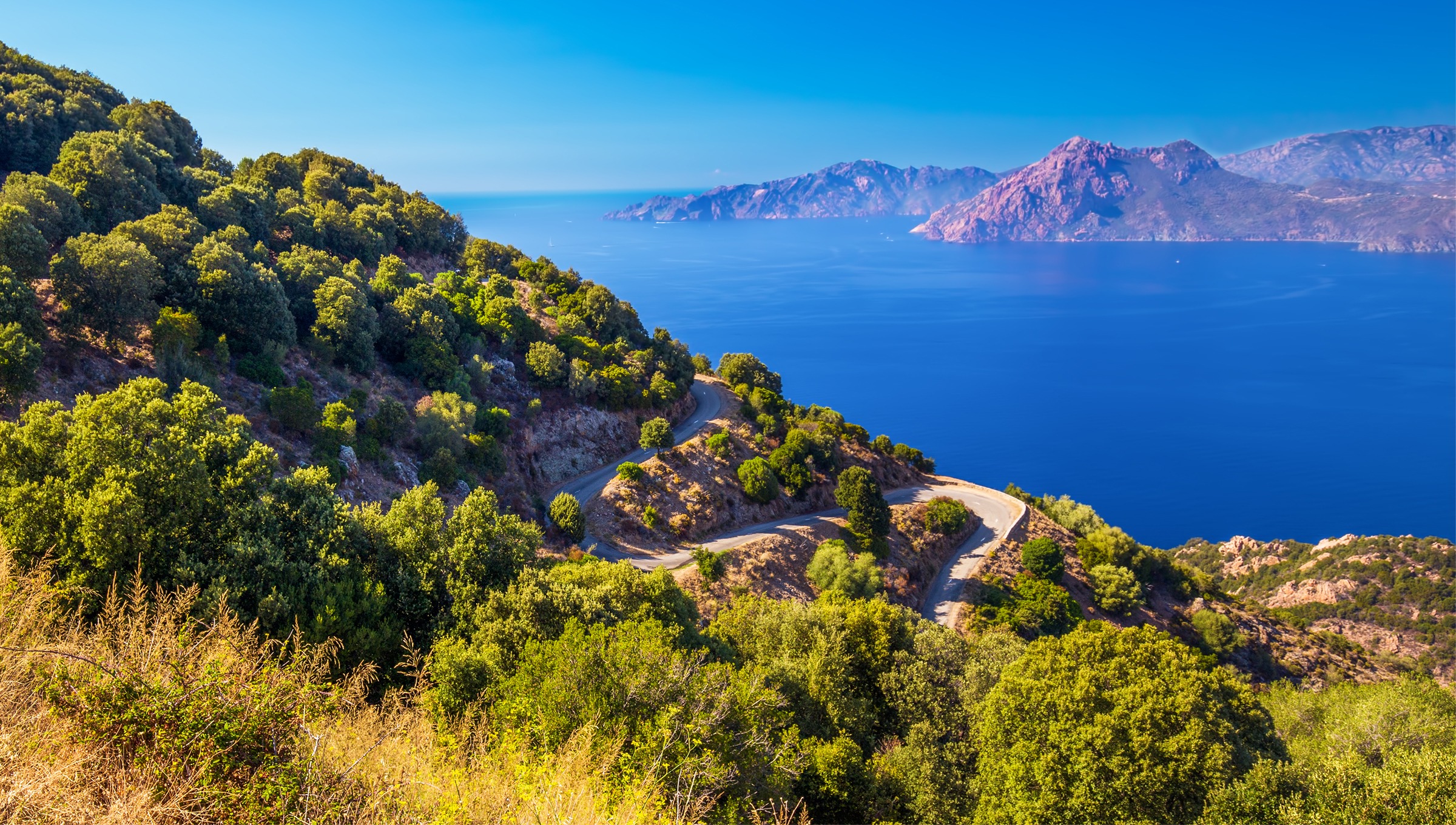 The awe-inspiring Piana Calanques are a must-see. Massive rusty red stones jut out of the azure waters. The rocks were shaped by erosion and the wind to create magnificent natural sculptures. The drive between Piana and Porto is perhaps Corsica’s most impressive. Hiking paths curve over the bluffs for outdoors adventurers. Others prefer to appreciate the panoramas from a boat. The inviting village of Piana, with its pink granite buildings, dazzles in the sunlight. The picturesque village offers stunning views of the turquoise sea. The Baroque Eglise Sainte-Marie and Chapelle Saint-Lucie overlooking the town are a worthwhile stop, but most visitors will end up in Piana while on their way to see its Calanques. 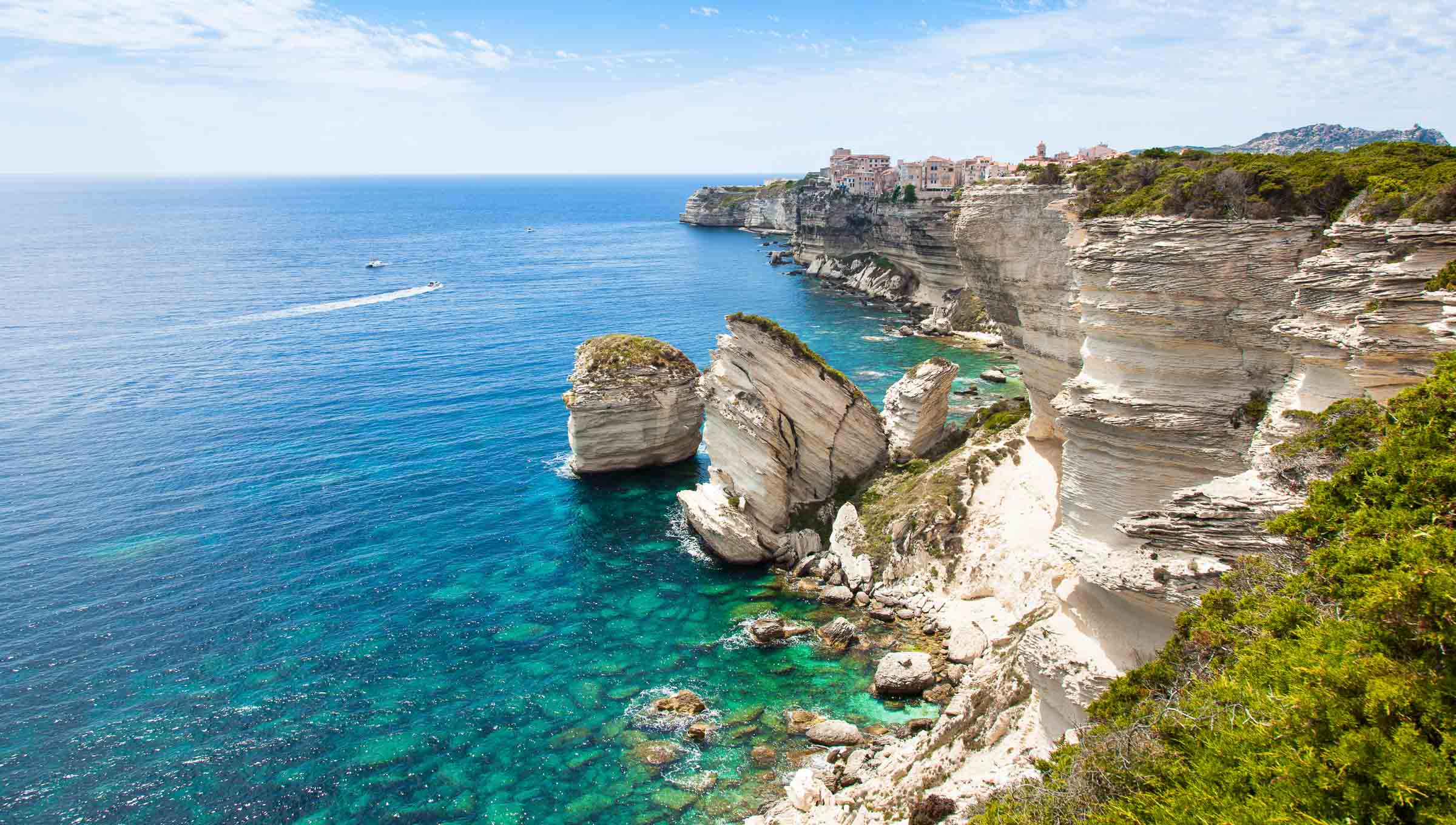 The energetic port town of Bonifacio, on the island’s southernmost tip is one of Corsica’s most charming destinations. Founded in 830, it is Corsica’s oldest town and sits atop a sweeping limestone peninsula. The Bonifacio Citadel, was built in the 9th century and was occupied by both the Genoese and Pisans. This medieval fortress offers stunning views and is surrounded by the quaint old-town’s narrow streets and authentic restaurants. Hike along the cliffs to the Pertusato lighthouse or look across the strait of Bonafacio for a view of neighboring Sardinia. 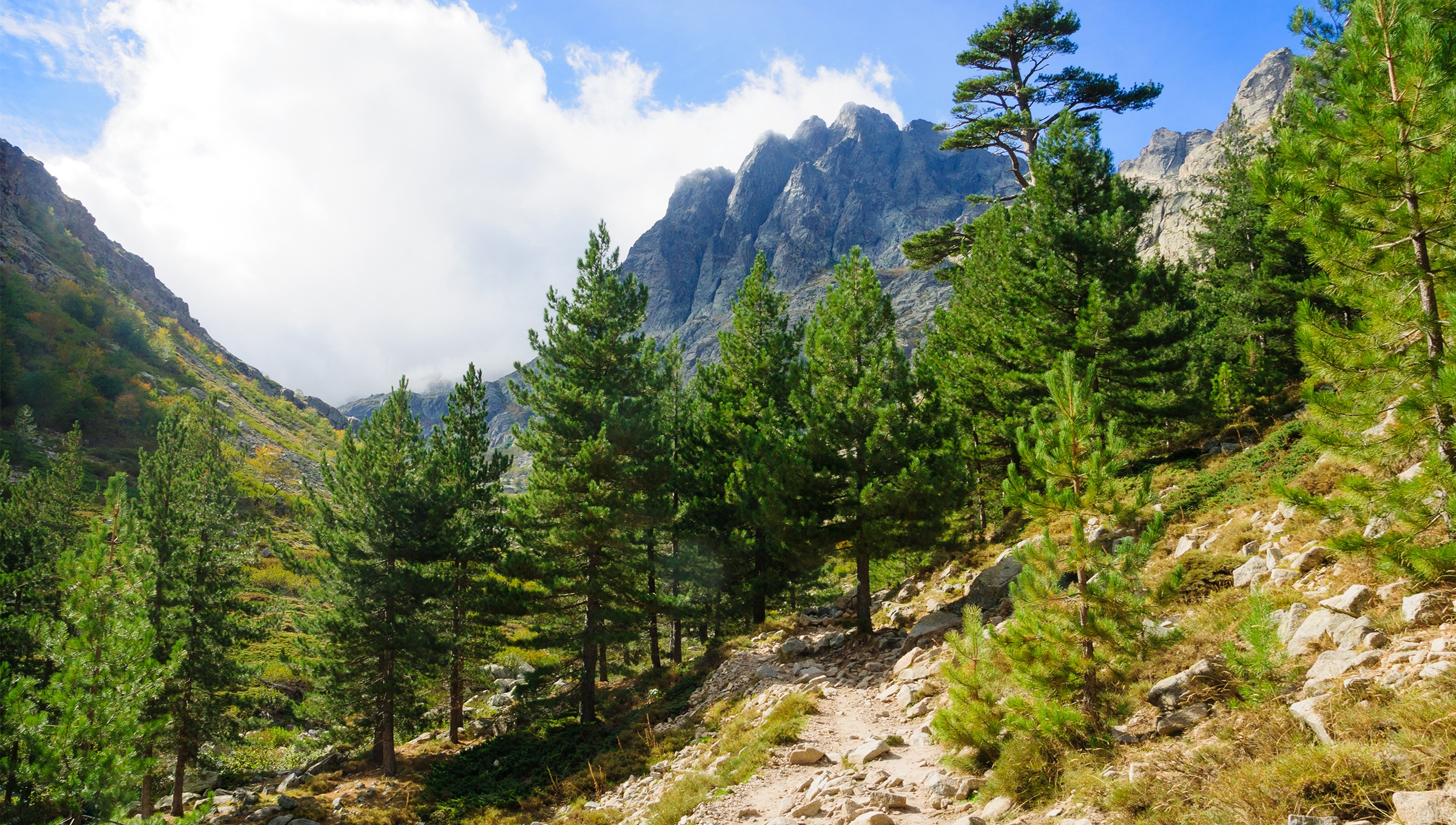 Take a break from sunbathing, and travel to the center of the island for a natural adventure. Located south of the ancient capital Corte, the luscious Gorges de la Restonica are a natural wonder. The crystal clear water from the Restoration River flows through striking rock formations and lush forest while towering mountains peak in the distance. Natural swimming pools with transparent water offer the perfect location to take a refreshing swim and relief from the Mediterranean sun. Numerous hiking trails, ranging in difficulty, meander over the hills and through the gorges. Keep your eyes peeled for rare flora and fauna. If you’re lucky you might spot a Golden Eagle soaring above the trees. 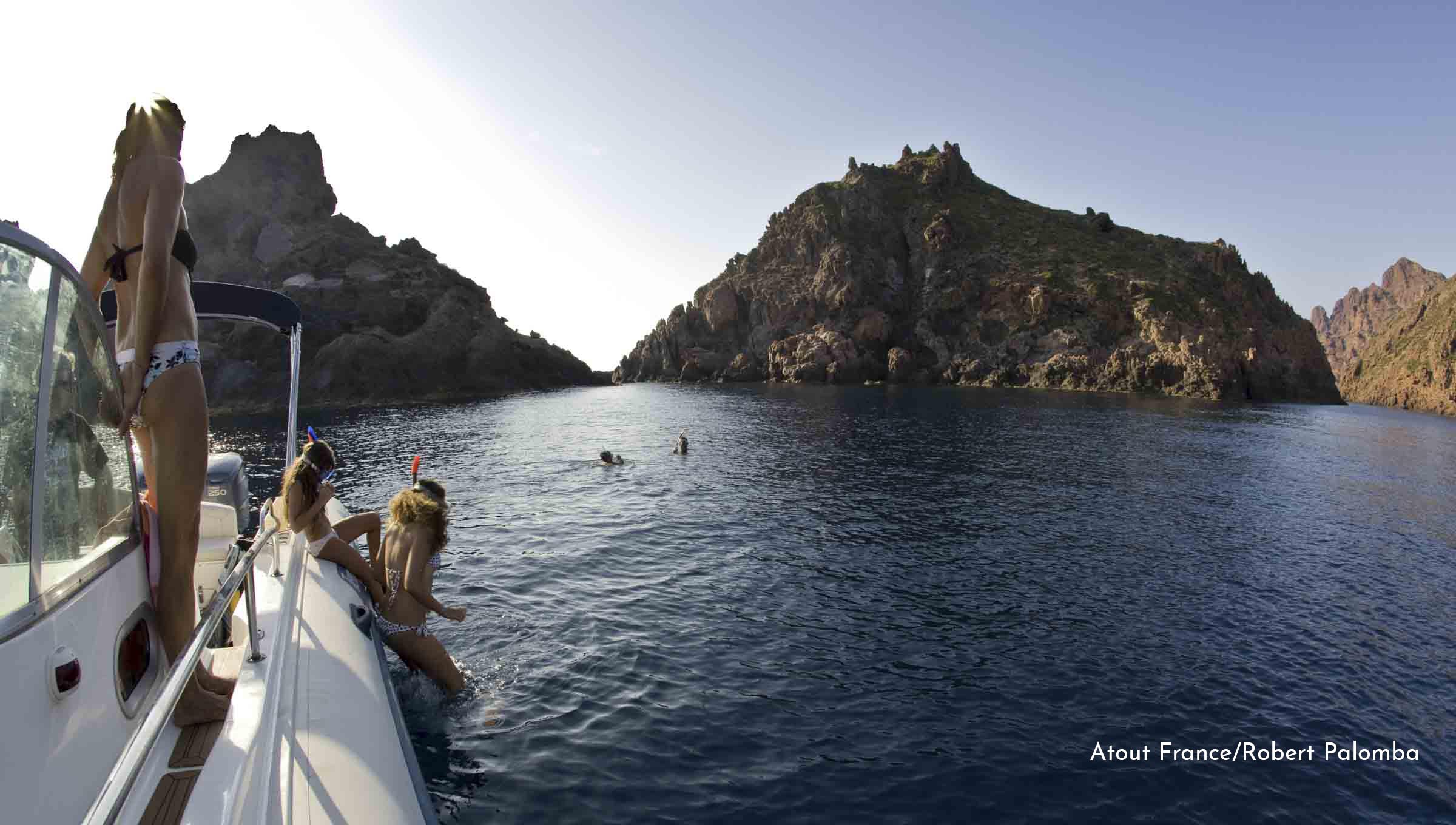 Scandola is sure to impress with its unique volcanic landscape and turquoise waters. It’s a hub of biodiversity from rare plant species and marine life. Eagles, osprey, and falcons make their nests in the striking red cliffs above. The jaw-dropping landscape is impossible to reach by land either on foot or by car. The towering 3,000-foot (1,000m) peaks mean that you’ll need to arrive by sea.

Get to Know Corsica


Lost in the Mediterranean, idyllic Corsica is an island paradise. The geographical diversity of the isle is remarkable with magnificent mountains, shimmering coves, lush forests, and colorful seaside villages. Outdoor enthusiasts will be thrilled with the variety of activities ranging from hiking the famous GR20 trail, to whitewater rafting to canyoning in the Richiusa Canyon. Secluded white sandy beaches dot the coastline. They’re the ideal spot for tranquil sunbathing and mesmerizing snorkeling and scuba diving. Sailboats circle the glimmering bays and offer extraordinary views of the sculpted rocks of the Scandola Nature Reserve. 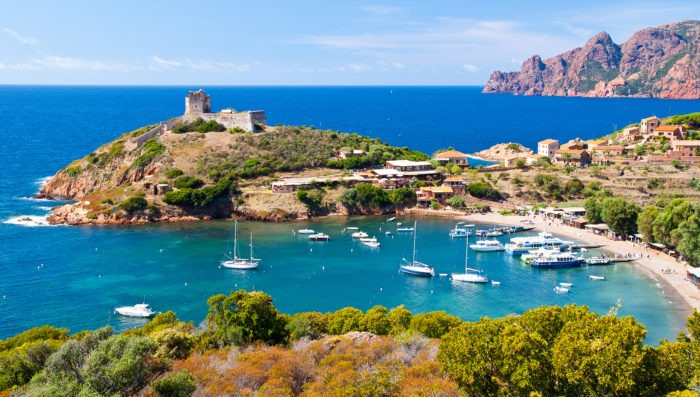 The Corsican culture is as rich as its natural beauty. With influences from both Italy and France, the island’s gastronomy is a real treat. Corsican artisans make tasty cured meats, particularly from wild boar, and savory goat cheeses. Fisherman prowl the rugged coastline for fresh seafood. Charming and lively villages abound. Historical highlights include the fortress town of Bonifacio, the childhood home of Napoleon in Ajaccio, and Calvi’s stunning citadel.

First colonized by the Greeks in 500 BC, Corsica has been controlled by a series of outsiders from the Carthaginians, Romans, and the Byzantine Empire. In the Middle Ages the island was fought over by the rulers of Pisa and Genoa. The spectacular Citadel of Calvi, built by its Genoese rulers to fight off intruders, still stands on a rocky headland. An independence movement arose in the 18th century, but France eventually gained control of the island. Around this time, history’s most famous Corsican, Napoleon Bonaparte, was born in the capital city of Ajaccio. Visitors can explore his childhood home and a small museum at the Maison Bonaparte. 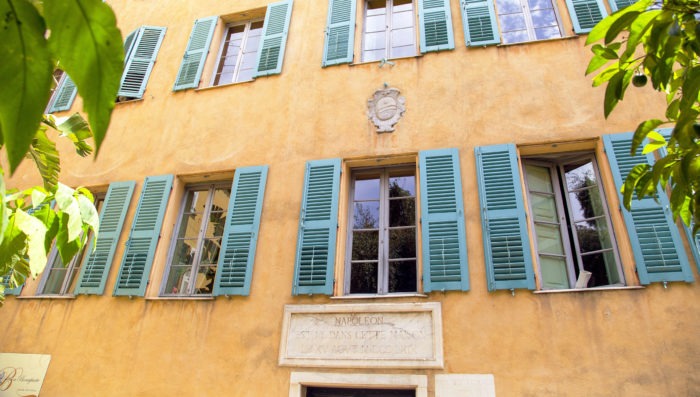 Corsica is famous for its fine charcuterie and boar features heavily in the island’s cuisine (try the figatellu di Corsica, prisutto ham, coppa, and lonzu). Pigs here are raised half-wild on a diet of acorns and chestnuts. Corsica’s unique cuisine food owes its unique flair to its geography, proximity to Italy, and centuries of Genoese occupation. 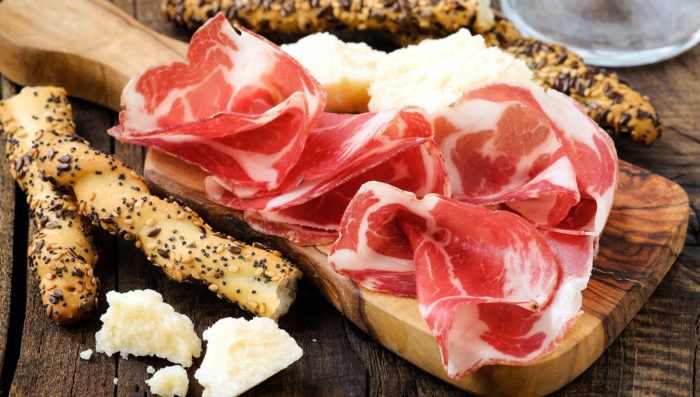 When to go: May, June, and September are the best months to visit for those planning rigorous, outdoor activities. The temperatures are warm, but not too hot. July and August are more crowded but make for a nice time to visit Corsica’s beautiful beaches. Traveling in November to March isn’t recommended, as many accommodations close for the winter and mountain passes can be snowy.

By Plane: Many major airports in France and Western Europe have direct flights to Bastia, Ajaccio, Calvi, or Porto-Vecchio that take between one and two hours.

By Ferry: There are regular ferries from Marseille, Toulon, and Nice in France, Sardinia and mainland Italy.

Cheese: Corsican cheese is traditionally made of sheep or goats’ milk. Brocciu, a ricotta-like fresh cheese is the island’s most famous example. It can be served fresh or aged for a more pungent flavor. 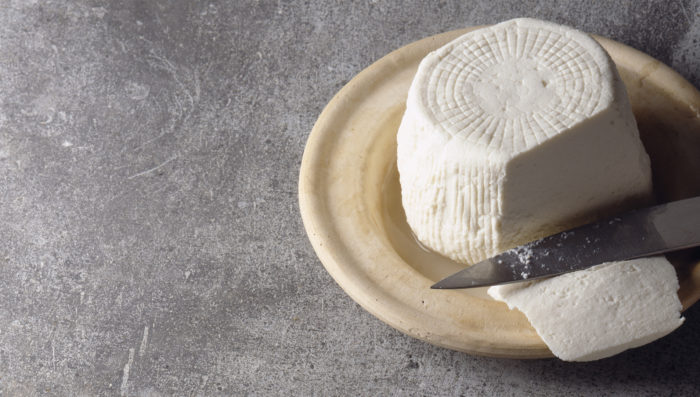 Wine: Wine has been produced in Corsica since the Greeks brought the grape here more than 25 centuries ago. Heavy sunshine and varied microclimates allow it to produce excellent and very diverse wines found throughout the island. The Patrimonio and Ajaccio AOC appellations are two of the island’s best. 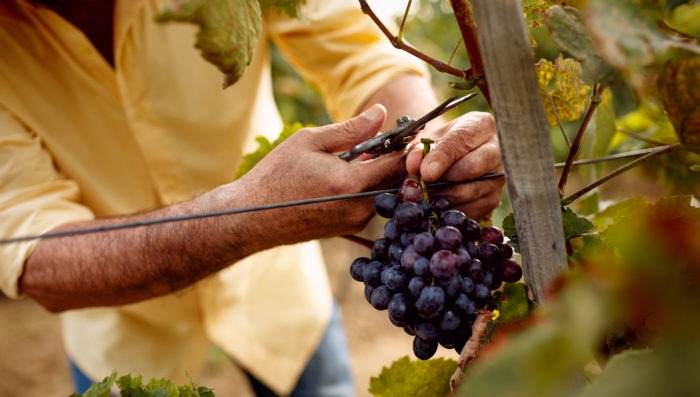